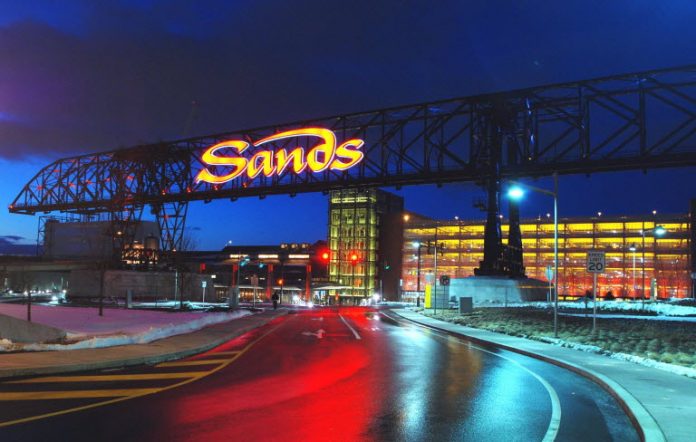 Almost a year after a potential deal with MGM Resorts International fell apart, Las Vegas Sands has announced the sale of its Pennsylvania casino to an Indian tribe from Alabama for $1.3bn.

Sands Casino Resort Bethlehem opened in 2009 on the site of Bethlehem Steel’s former headquarters, transforming what was then the US’s largest abandoned industrial complex into an $800m destination oriented towards New York and New Jersey.

“Sands Bethlehem has become one of the leading regional entertainment and gaming destinations in the United States and we are extremely proud of the positive contributions the property has made for Bethlehem […] and Eastern Pennsylvania,” said Sheldon Adelson, the company’s chairman and CEO.

“We are pleased to have built a strong foundation that can be the basis for the property’s future success and more importantly, we are proud to have delivered on our promise of bringing thousands of good paying jobs [and] generating significant economic impact.”

The buyer, Wind Creek Hospitality, is an affiliate of the Poarch Band of Creek Indians. Stephanie Bryan, tribal chair and CEO of the Poarch Band, said the purchase will help “secure a long and prosperous future for our tribe”.

The Poarch Band operates three casinos on its tribal lands, while Wind Creek also operates Alabama’s Mobile Greyhound Park, the Wa She Shu Casino in Nevada, the Pensacola Greyhound Track and Poker Room in Flordia, in addition to two Renais- sance-branded venues in Aruba and Curaçao.

In a statement, Wind Creek Hospitality stated that it will fund the purchase with existing cash on its balance sheet as well as with new debt financing.

The company added that it anticipates the additional cash it receives from the acquisition will allow it to pay down debt at an accelerated rate after closing.

The deal still needs to be approved by Pennsylvania gambling regulators, a process that could take a year, however Sands Bethlehem president, Brian Carr, stated that the sale would have no impact on operations.

Keith Foley, an analyst with Moody’s Investors Service, said the move makes sense for Sands, given that Pennsylvania is in the midst of a gambling expansion which could see the opening of up to 10 new mini-casinos, leading to concerns about saturation.

In November 2016, Sands announced plans for a $90m expansion that would add additional restaurants, slot machines and table games to create the largest gaming floor among the state’s 12 casinos.

However, the company later cancelled this expansion in May 2017, shortly before the deal with MGM collapsed.

“I really want to commend Sands for their development of the site over the last ten years and for providing jobs for 2,500 people,” said Bob Donchez, mayor of Bethlehem.

Donchez expressed the hope that the new owners continue to redevelop the site which still contains a number of dormant buildings.