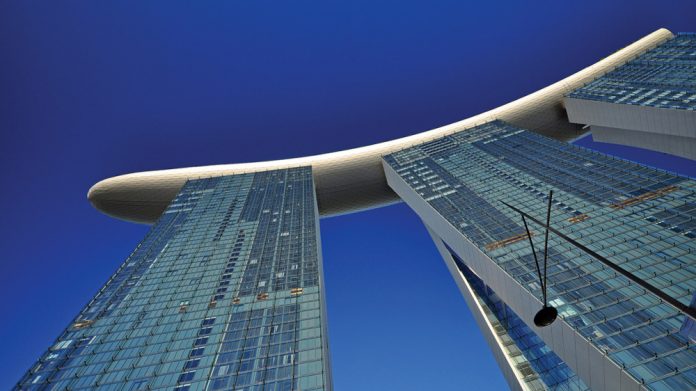 Las Vegas Sands executives affirmed the company’s properties in Macau and Singapore will drive its future, speaking during the firm’s Q2 earnings call, although they did not rule out pursuing new land-based venues in the US.

Las Vegas Sands losses narrowed in Q2, as the company’s executives reiterated their confidence in its operations in Asia.

“Our best opportunities are to reinvest in Macau and Singapore, because those places have proven huge successes,” said Sands chairman and CEO Rob Goldstein. “They remain our biggest focus, because they’re so extraordinary and hard to duplicate anywhere in the world.”

The operator announced in March that it would selling its Las Vegas properties – The Venetian, Palazzo and Sands Expo Center – in a $6.25bn deal.

“The sale of the Las Vegas assets create liquidity and vast optionality to explore large land-based destination resorts in United States and Asia,” Goldstein added. “We’re convinced in Asia that the most important thing in this company, the timing is uncertain of the turn to a more normal environment in Asia, but the outcome is not uncertain. It’s going to happen.”

Goldstein said that Sands had seen a sequential improvement in Macau, “but pandemic-related travel restrictions continue to impact our performance”.

“We do remain confident in the eventual recovery in both Macau and Singapore, and we cannot define the timing of the full recovery that’s underway and will continue in 2021,” he stated. “We believe Macau will accelerate in the second half of this year and lead recovery, Singapore will follow up on the resumption of air travel.”

Meanwhile, the gaming licences of all six Macau concessionaires, including Sands, are due to expire in June 2022.

Wilfred Wong, president of Sands China, said that discussions on licence renewals in Macau would likely begin in the autumn following the special administrative region’s legislative council election on 12 September.

“The government is operating at a pace where they feel they want to launch the public consultation for the concession renewal toward the second half of this year, which we believe might mean that it will only happen after the legislative council election,” he explained. “At this stage, we are really focusing on …aligning our interest with the government, …investment and reinvestment opportunities, building out our properties, improving our operational efficiencies, maintaining a stable workforce, which is very important during this pandemic.”

Patrick Dumont, Sands president and COO, also addressed the uncertainty about when the company’s $3.3bn expansion of Marina Bay Sands in Singapore will be completed. The expansion, announced in 2019, has been delayed by the pandemic. “The nature of the construction project of this complexity and size would always be challenging in a normal environment,” he noted. “We’re going to continue working with the government and hopefully have an opportunity to get going sooner rather than later.”

Looking forward, Goldstein said Sands may yet pursue further land-based casinos in the US. “We certainly see a one or two landbased facilities in the United States, maybe Florida or Texas,” he stated.

He also reported the company is in “the early innings of building out” its digital presence, and is currently “exploring multiple opportunities”.

Dumont provided further details on the company’s plans to enter the online gambling segment, stating it would focus on being a supplier to other online gaming companies.

“We take a very long-term approach. We’re still evaluating a lot of different opportunities. I think B2B presents a very significant opportunity for us,” he said.