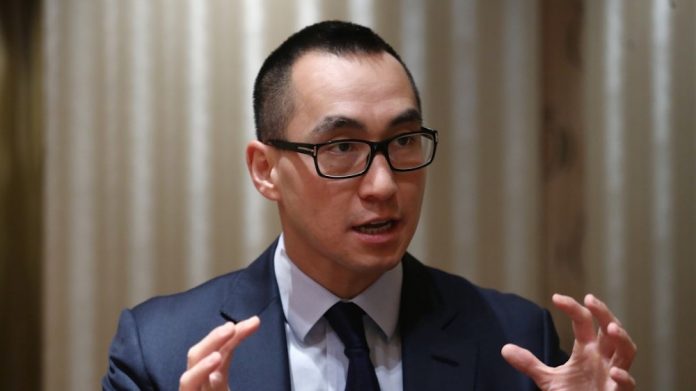 Speaking during his opening keynote address at G2E Asia, Lawrence Ho, chairman and CEO at Melco Resorts and Entertainment highlighted what sets the company apart from its competitors, and gave an insight into his vision for the future.

Back in 2008 our competition thought, ‘if you build it, they will come’. They set their sights low. I refuse to think like that. I wanted to build something new.

We were the second to open here in what was then the brave new world of Cotai, and we remain the only concessionaire not to operate in the old town.

That is what really sets us apart in my opinion, our commitment to a future on the Strip. It’s here where non-gaming, or ‘beyond gaming’ as we prefer to call it, came of age.

City of Dreams was the second property to open in 2009, shortly after The Venetian. This was during the darkest days of the global financial crisis. Melco was the only company that kept building.

I think part of the reason that governments and partners like us is that determination and the fact that we actually care about the communities we’re a part of.

Whilst our competition stopped their construction and effectively put 10,000 construction workers on the street overnight, we kept going.

City of Dreams was, at the time, a very risky proposition. Because it was a heavily themed integrated resort. But we at Melco had identified a new guest, one who every- one today is trying to attract.

10 years ago, we could see the enormous potential in a high-spending, quality conscious consumer, we call the Premium Mass.

We decided to build them a destination, something different, something unique. And that’s how City of Dreams was born. The next-generation integrated resort, focused on style and quality, and filled with the finest entertainment and experiences.

A luxury brand Asia could be proud of …something that would speak to the hearts and minds of the Chinese consumer.

At the end of the day, the casino, or the gaming or baccarat table, is always going to be a homogeneous product. From one casino to another, it’s always the same.

And that’s why you really need the amenities and attractions, to attract your guests to choose you over your competitors.

For us it’s not just building more non-gaming, it’s about building beyond gaming.

We needed to take risks, and we do take risks, but that’s the thing with us. Using a sports analogy, we like to swing for the fences.

Sometimes you strike out. But you’ve got to pick yourself up, learn from it, and move on. It all comes back to the same thing every time. Getting us to the next level. It’s what’s put 270 awards on our walls, what’s made all of our properties Forbes Five-Stars, and why we’ve got more Michelin star restaurants than anyone else in Macau.

We’re very focused on awards, not just because they verify what we deliver, but at the same time it motivates our partners and colleagues to strive to be better.

Now I want to tell you what ‘everyone deserves better’ means for us, today. A sneak peak of how never being satisfied with the best, always wanting better, drives us forward here at Melco.

So what’s going to be better at Studio City? Well, we’re about to dial up entertainment in an insane way. We’ve got new partners, Stufish who’ve created some of the worlds most epic live spectacles over the last 20 years.

And they’re going to do it for us in an incredible new stunt show that we’re opening in December. And that’s after we open Asia’s largest VR zone, and a fantastic new street of food and beverage.

How about City of Dreams? Well, we’re reinventing retail, no small task. For the first time ever we’re going to be creating our own shopping environment, running the whole place as a pop-up. Inviting and rotating some of the coolest brands in the world through a 15,000sqm space that we’ll be operating ourselves. A totally different take on the current retail proposition.

That’s why we’re designing and running our own hotels and creating our own five-star brands. Pushing differentiation, giving everyone a five-star experience but offering distinctly different personalities and owning them internationally wherever we go in the world.

In hotels we’ve got Morpheus, the ultra-sleek, cool, modern. Nüwa, the ultra-chic, classic Chinese. And Libertine, the ultra- funky, sexy rebel.
Last but not least, although I can’t go into any detail [yet], there’s a whole new aspect to gaming which we’re going to reveal in June.

Here at Melco, we never stand still. So much has happened over the last decade, and there’s so much more still to come.