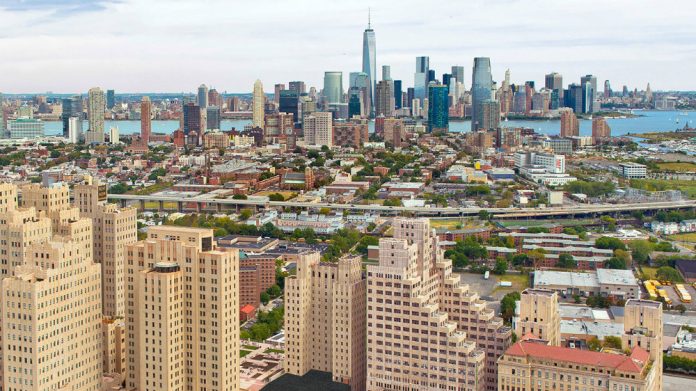 In the wake of the North Jersey casino referendum, industry stakeholders are putting their heads together to find a way to resurrect the state’s diminishing gaming industry, which is facing stiff competition from the likes of New York and Pennsylvania.

[dropcap]F[/dropcap]ollowing the defeat of North Jersey casino plan in this November’s referendum, proponents and stakeholders in the sector are considering a variety of ways to turn around the Garden State’s flagging gaming industry.

In mid-November the president of US casino operator Seminole Hard Rock Entertainment has reportedly revealed that his company is prepared to wait up to six years to open a gambling facility at the Meadowlands Sports Complex in northern New Jersey.

“We’re committed to the state of New Jersey for the long term,” said Jim Allen, Hard Rock’s chairman, president and CEO, who has a background in the Atlantic City casino industry dating back to 1979. “Certainly we are 100 percent receptive to expanding and creating these jobs here in the state.”

Allen made his comments while in Atlantic City, where his company is working to keep its Hard Rock Café open at the now closed Trump Taj Mahal.

Speaking at a press conference to celebrate the 20th birthday of the Florida firm’s Atlantic City venue, Allen declared that he is prepared to support a plan put forward by New Jersey General Assembly member Ralph Caputo which would authorise slot machines at the eastern state’s racetracks – the Monmouth Park Racetrack and the Meadowlands Racetrack.

The proposal suggests racetracks could install slots if they were reclassified as video lottery terminals (VLTs)  under the auspices of the already legal lottery, avoiding the need for a public vote.

The plan was put forward as a way of increasing revenues in order to help New Jersey’s struggling local horseracing industry, which is facing stiff competition from New York’s racinos.

The state’s lawmakers are exploring the option thanks to a 1982 decision from former New Jersey Attorney General, Irwin Kimmelman, which found that such a move would not require a public referendum.

The idea of introducing video lottery terminals at the Garden State’s racetracks has been discussed for over 20 years, and proponents of the plan include the state’s former Republican governor, Donald DiFrancesco:

“Of course they should have them,” said DiFrancesco. “If people want to go and play the slots at the racetrack, then go ahead.”

DiFrancesco’s Democratic successor, Jim McGreevey, also supports bringing VLTs to the New Jersey as a means of saving the state’s horseracing industry: “It will not continue to exist if we don’t do something about it,” said McGreevey.  “I think that it’s a rational way to do it, which also balances the long-term interest of Atlantic City.”

When Florida developer Glenn Straub and his Polo North Country Club acquired the former $2.4bn Revel casino in Atlantic City for just $82 million, he had ambitious plans for the property, but his efforts to bring them to fruition have landed him in a mire of legal red tape.

This September, Straub announced that he planned to rebrand the property to TEN, and would open a new casino resort in the spring of 2017. However, Straub himself only intends to lease casino/hotel property to Revel North Beach, who would operate those portions of the property. The TEN resort will have a 130,000 square foot gaming floor that will feature 120 gaming tables and 2,500 slot machines. Those plans could be delayed due to a disagreement with the New Jersey Casino Control Commission (CCC) which wants Straub to apply for a casino licence. But the Florida developer contends that he does not need to apply for a casino licence on the grounds that he is a landlord who is renting out the property to different vendors. Straub has decided to file a civil action against the CCC known as a Complaint in Lieu of Preregoative Writs, in an attempt to oblige the commission to consider his position. Although Straub has filed the lawsuit, reports indicate that he is still proceeding with a casino licence application process in case the court doesn’t rule in his favour. “Mr. Straub remains ready, willing and able to open the casino. Instead of creating roadblock after roadblock, the agency should be doing everything in its power to facilitate getting this casino opened,” said Straub’s legal representative David Stefankiewicz. “This is both puzzling and disappointing considering that the future of Atlantic City is hanging by a thread and thousands of people are out of work,” he added.