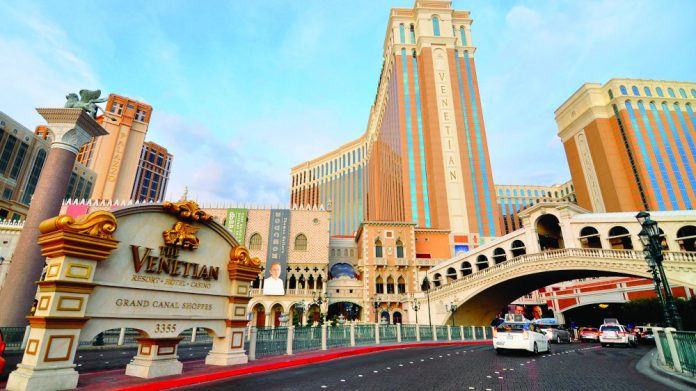 Las Vegas Sands has sold its flagship Strip resort, The Venetian, together with the rest of its Las Vegas properties in a multibillion-dollar deal. Affiliates of Apollo Global Management and Vici Properties will acquire the real estate and operations of the Venetian and Palazzo resorts and the Sands Expo and Convention Center for $6.25bn.

Back in October, Sands executives said they were considering offers for the Las Vegas properties allowing them to focus on its operations in Asia. “As we announce the sale of the Venetian Resort, we pay tribute to Mr. Adelson’s legacy while starting a new chapter in this company’s history,” Sands’ CEO Rob Goldstein said on 3 March.

“Asia remains the backbone of this company, and our developments in Macau and Singapore are the centre of our attention.”

Ron Reese, Sands’ SVP of global communications and corporate affairs, subsequently confirmed “the company plans to continue to maintain [its] listing and headquarters in the US” following the sale.

“This investment also underscores our conviction in a strong recovery for Las Vegas as vaccines usher in a reopening of leisure and travel in the United States and across the world,” stated Apollo partner Alex van Hoek.

In a note, Moody’s Investors Service said the sale would give Sands “significant additional capital, further enhancing liquidity while providing flexibility to continue to reinvest in Macau and Singapore, as well as pursue additional growth opportunities and debt reduction”.

However, Fitch Ratings raised concern the divestiture “reduces Las Vegas Sands’ contingent liquidity via having an ability to encumber [offer as security to creditors] its Las Vegas assets”. The firm stated the sale “increases the gross leverage in near-to-medium term” for Sands, “marginally reduces diversification, and raises some uncertainty with respect to the ultimate use of proceeds”.

Looking at the “key question” of what Sands would do with the $6.25bn raised by the sale, Sanford C. Bernstein highlighted the firm’s own commentary that it would look at scenarios with higher return on investment (ROI) than the Las Vegas market.

“While there will be a recovery, long-term outsized growth in Las Vegas was never going to be something that Las Vegas Sands had any confidence in,” stated analysts Vitaly Umansky, Kelsey Zhu, Tianjiao Yu and Louis Li.

It “may not be necessary” to utilise the sale proceeds to fund the group’s commitment for a SGD4.5bn ($3.4bn) expansion of Marina Bay Sands in Singapore, the brokerage noted. It clarified that “over $1.1bn” had already been spent the project, while “residual investment in Marina Bay Sands could be funded at the property level with future cash flows”.

Likewise, “there is no need to inject any immediate capital into Sands China nor do we believe is there an ability for Las Vegas Sands to buy back stock in Sands China”, the analysts continued.

Possible investment in online gaming in North America has been mentioned by several investment analysts. Nevertheless, Sanford Bernstein’s characterised this option as “fraught with risk”.

“Las Vegas Sands has no real competitive advantage in the US – i.e., a regional casino footprint – that would potentially be a complement to an existing iGaming operator…we assume the US database [of customers] at Las Vegas Sands would go with the Las Vegas assets,” the brokerage added.