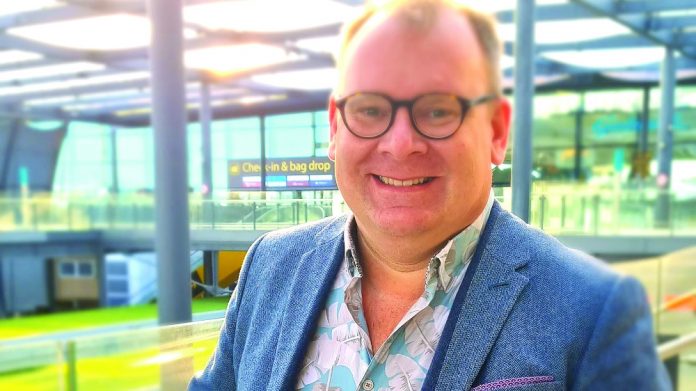 When it comes to problem gambling, lived experience and recovering from addiction via a suicide attempt, court appearance and relationship breakdowns, Lee Willows turned his life around to become one of the most influential forces in modern methods to dealing with the problem. The man who delivered some of the most innovative and pioneering projects to the problem gambling care arena talks to Coinslot about the current debate around the issue. For Willows, we need an inclusive policy, “a choir of voices” to address the problems. A fascinating read and an important lesson to all us middle class, educated do-gooders who think we know best when he actually does know best because he’s lived the whole fall and rise journey.

Lee Willows, the longstanding lived-experience leader who came into the gambling space following an addiction that almost drove him to suicide, has warned that the UK risks losing its status as a world-class leader in Social Responsibility. Commenting after the Westminster Media Forum – Next steps for UK gambling regulation and Labour Party MP Carolyn Harris’s Westminster Hall debate on the statutory gambling levy, Willows said: “I firmly believe the UK is a global leader in Social Responsibility, but I worry that flame might be dimming as the funding debate becomes more about a desire to break-up the very eco-system that supported me and today supports many others. It is this Third Sector led eco-system that to my mind, makes us world-class.”

Addressing the nature of the debate he questioned: “Why have we allowed it to come down to narrow choices between the NHS or the Third Sector to deliver a national programme of treatment – why can’t both co-exist?

“I have often said we need a choir of voices and organisations in this space. Why is it so difficult for startup organisations – often led by individuals with Lived Experience – to access funding? Why is the funding debate consistently tarnished by some who feel there is a lack of independence as opposed to recognising the impact of that funding, which in my experience is completely independent. Finally, why are we not humbled that addiction levels are coming down and education and awareness is now at an all time high, being led by superb charities in a considered, well thought and evidenced manner?

“These divisions and the potential introduction of a statutory levy carry significant risks to my mind and in many ways undermines a lot of the good work that’s been undertaken. We have built an eco-system to deliver treatment, support and prevention that has impressive reach across the United Kingdom. This didn’t happen overnight, it took time, and a huge collective effort on behalf of many very decent people. A statutory levy risks being seen by operators as another tax and as a result dilute their level of involvement in reducing harms.

“Several years ago, I led the work of a national reducing re-offending charity at the time when the Probation Services were being privatised. A slightly different scenario, but a similar outcome in that the PLC companies and the state won many of the contracts, forcing many charities to close. Wind the clock forward and reoffending rates today remain broadly where they were prior to privatisation. The tragedy is that re-offending rates were beginning to drop, prior to privatisation. Beneficiaries of services often would say that they had a personal connection with the staff member supporting them from charities, whereas they were more like a number when being supported by the larger companies. It has also been proven consistently that charity-run services almost always deliver better value for money.”

“It will not surprise you that I do not support a statutory levy. There is much comfort to take from the current eco-system and the many charities and non-profit organisations working hard in this space and it would be a big mistake to risk this. Additionally, I believe our prime commissioner of services in this space might want to ask themselves what they can do better to support startup organisations and foster agility, spending their income in a timely manner, with a percentage aimed at small start-up organisations. I also believe they might consider their ballooning establishment chart, which for many seems excessive.”

Looking to the short/medium-term Lee Willows has identified an action plan in order to facilitate innovation, encourage agility and maintain the UK’s world-class status. He explained: “Firstly the new strategy to reduce gambling-harms should be fully costed (so we actually know how much funding we need as opposed to a blanket 1percent); secondly some mandated guidance should be given to operators when making donations, based on percentages for treatment, prevention and research; finally larger businesses should in my opinion, be mandated to commit 50 percent of their LCCP RET donations to fund three-year funding commitments in order to ensure sustainability. Operators need certainty, so they can budget donations; charities and non-profit organisations need certainly so they can plan services”.

“The notion of a Gambling Commission held RET list is something I continue to support, but I would also question if it is appropriate that the Gambling Commission administer Regulatory Settlements. Perhaps having another body or organisation to oversee these would bring about some of the reflections I am proposing, particularly where prevention is concerned. This would enable the Commission to focus on its regulatory responsibilities.”