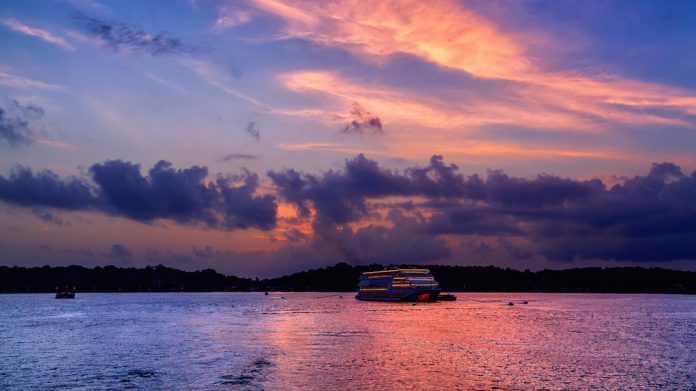 Local media reports suggest that Goa’s floating casinos will be allowed to continue operations for a four-year period following the passage of the state’s new gaming legislation which Delta Corp chair Jaydev Mody has welcomed as a potential “game changer” for the industry.

In Goa, the government appears to be moving forward with plans to move the state’s six offshore casinos to a dedicated landbased zone.

Local media reports have revealed key details of new draft gaming legislation, which while still subject to change, sets out what could be a significant shift for the state’s casino industry.

At present casinos are only allowed to operate in five-star hotels – which are limited to offering electronic gaming machines – and floating casino vessels on the Mandovi river.

However the draft bill would see the offshore casinos moved to a new “designated area”, confirmed to be situated near Mopa Airport on Goa’s northern border.

Casino vessels will be allowed to remain operating for a four year window after the bill is enacted, while operators will be able to obtain a further extension on this deadline if they have applied for a landbased licence.

Speaking to the media, Goa’s Agriculture Minister Vijai Sardesai recently elaborated on the government’s vision for the creation of a casino strip in the state.

“The casinos housed in ships should be removed because it causes pollution and the harbour should be developed on both sides like the Hong Kong harbour. There should be a tourism circuit. This has always been our demand,” Sardesai said.

The bill also sees the government moving forward on anther long discussed policy goal, prohibiting Goans from gambling in the state’s casinos. The legislation establishes that any Goan found gaming at a licensed casino could face up to a year’s imprisonment and a fine of around INR500 ($7).

The legislation has been welcomed by Delta Corp, India’s only listed casino operator, which characterised the new policy direction as a potential “game changer”.

“It would make sense politically because the chief minister [Manohar Parrikar] has been asked by the people to get the ships moving out of the Mandovi,” explained Jaydev Mody, the company’s chairman.

“He thought the best thing would be to keep it close to the new airport, so that the rest of the state does not get affected.

“The travel time is less, there is no traffic in the river and all the allegations on so many other aspects of being in the river goes away. It is a win-win for everybody, for the government, for the people and for the industry. It makes a lot of sense.”

At present, Delta owns three floating casinos in Goa, Casino Deltin Denzong in the state of Sikkim and has a license pending for a casino at a five-star resort in the Union Territory of Daman. It is also expanding into Nepal and owns online gambling operator Adda52.

“But all that depends on the casino policy and based on that, we structure our investment and our plan etc only after that.”

In a note on 5 August, Union Gaming analyst Grant Govertsen confirmed that “Delta [has] purchased a large site near the already-under-construction new airport, they’re also well under way in terms of master-planning the site with a world-renown gaming architect”.

The new legislation notably allows for the construction of landbased casinos outside hotels, and Mody emphasised that the chance to expand its gaming operations in Goa represents a key growth opportunity for Delta Corp.

“The hotel business does not ever make money, according to me. We are not in the business of hotels. It is complementary to our casino business where we invest 90 percent of our capital in hotels and 10 percent in casino and then we get 80 percent of our revenue from the casino and 20 percent from the hotels,” he clarified.