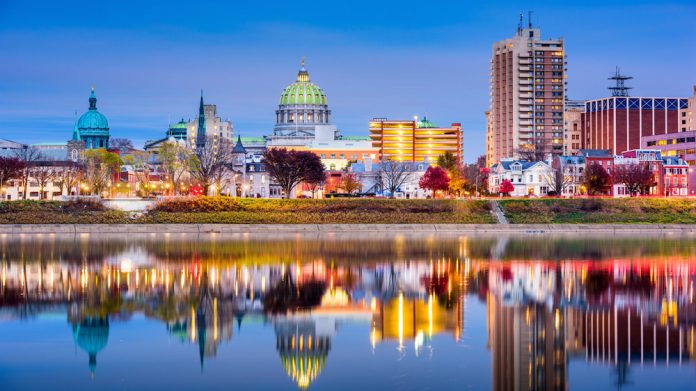 A flat market, exorbitant tax rates and apparent illegality on the half of state-backed competition appear to be dissuading land based casinos from stepping into the online sphere in Pennsylvania at a time when it is much needed.

Online gaming, the knight in shining armour riding across the east coast to combat the grim spectre of Pennsylvania’s fiscal chasm, the economic saviour of the Keystone state that, it transpires, the locals don’t really like the look of and can seemingly do without.

As part of an industry-wide expansion package, Pennsylvania is trying to shift 13 gambling licences that would allow the operation of an online gaming package including poker, slots and other table games for $10m.

These are held for existing intrastate operators for an initial 90 days, after which individual game licences for each defined category will be available for $4m each. A final round of licensing for the remainder will subsequently be offered to out of state operators until 14 August.

The first half of 2018 had seen operators either moving into, or expanding existing footprints within the state, including the headline sale of Sands Bethlehem and the acquisition of Pinnacle Entertainment by Penn National Gaming. Many believed operators were positioning themselves to reap the rewards of offering online gaming once PASPA was repealed and the relevant state legislation passed.

All the signs appeared positive, with legislation in place and operational appetite seemingly whetted, however, having opened the licence process for regulated online gaming at the start of April for companies already running land based properties, the PGCB has received not one single application.

A shock to many, not least legislators who had assumed operators would follow the positive example set in Atlantic City, where online revenues rise unabated and in turn bring in a hefty $200m to state coffers whilst they were at it.

The answer as to why lies squarely at the feet of legislators. The rate at which online gambling is to be taxed is almost untenable, especially as land based revenues appear to be stalling, and the state-sponsored iLottery service has got operators up in arms.

To operate the full package of games offered by the PGCB casino owners will at present have to pay $10m up front, $250,000 per anum and then see sports wagering revenues taxed at 36 percent and online slots, assumed to make up more than half of all online revenue, at 54 percent.

The current land based market meanwhile, remains flat. Figures from the Pennsylvania Gaming Control Board (PGCB) show that in May the state’s 12 land-ased properties only reported a 0.4 percent increase in combined gaming revenue on the same period last year with the total figure coming in at $278.9m.

A cornerstone of Pennsyl-vania’s land based gaming market,the second largest commercial one in the US,is the shuttling of players from New York to properties, which could very well be in jeopardy if locations such as Atlantic City continue to increase their offering in more favourable tax climates.

It is believed in some quarters that operators are merely waiting out the period in which they can only apply for a bundle package and are instead planning to pick and choose their offering after the 90 days to combat the steep tax rates on slots in favour of other verticals.

Another solution as to why land based operators appear reluctant to move into what could prove to be unprofitable verticals is the continued presence of Pennsylvania’s iLottery that was first launched in May and has recently become the subject of a letter to the governor from the state’s 13 casinos.

Operators have asked the the administration of Tom Wolf to suspend the lottery service claiming that they are a direct and illegal incursion into the yet-to-launch online gaming products.

The letter wishes to see the state Department of Revenue, which has overall control of the Pennsylvania Lottery, to work collaboratively with them to develop a lawful lottery solution, however without a positive response by 3 July, the casino group said, it is reserving the right to take further legal action.