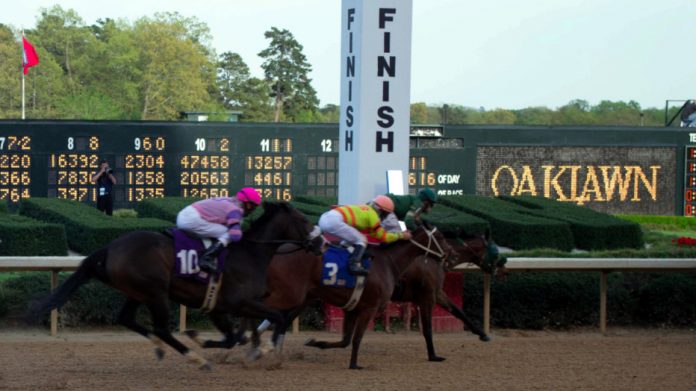 A pro-casino campaign in Arkansas has exceeded the qualification threshold to place the prospect of an increase in casino count in the state before voters in the US election this November.

[dropcap]V[/dropcap]oters in the US state of Arkansas look set to decide on whether to permit regulated casino gaming in three additional counties, after a campaign submitted the signatures of 92,120 local residents to the secretary of state’s office.

Arkansas Wins 2016 announced the figure, which significantly exceeds the minimum required signature count of 84,859, earlier this month. The campaign also announced that it had met regional thresholds regarding the petition in 15 counties, including Boone, Washington and Miller counties: where the new properties would be located should the motion be passed into law.  Both Washington and Miller are located on the state’s western border with Oklahoma, while Boone county straddles its northern extremity with Missouri.

“The response from voters, including those in Boone, Washington, and Miller counties, has been very positive,” stated Arkansas Wins spokesperson Robert Coon. “The prospect of creating new jobs, increasing tourism, and bringing tax revenue back to Arkansas from neighbouring states clearly resonates with Arkansans.”

As set before Arkansas attorney general Leslie Rutledge earlier this year, the ballot title calls for permission to construct three commercial casino properties – one in each of the three targeted counties – with operational remit in line with the Nevada model. It also calls for the creation of an Arkansas Gaming Commission to regulate the new properties.

Arkansas present maintains some of the most stringent gambling regulation in the United States. Under current legislation, EGMs alone are permitted within state jurisdiction – and are restricted to facilities with pari-mutuel wagering. At present, two West Memphis racinos – Oaklawn Park (pictured) and Southland Gaming – are the only sites that meet this criteria.

It’s been an interest of ours for many years to leverage our nearly 30 years’ experience in gaming, hospitality and entertainment into markets outside of Oklahoma

In June, Arkansas Wins revealed that it had garnered the support of Cherokee Nation Entertainment, a Catoosa-based Native American operator with a portfolio of nine casinos. If the campaign’s bid is successful, CNE plans to take the helm of the Washington County property.

“It’s been an interest of ours for many years to leverage our nearly 30 years’ experience in gaming, hospitality and entertainment into markets outside of Oklahoma,” said Shawn Slaton, CEO of CNE parent company Cherokee Nation Businesses recently told the Associated Press. “This commercial gaming venture is a natural evolution of our business model that will be good for the state, northwest Arkansas and the Cherokee Nation.”