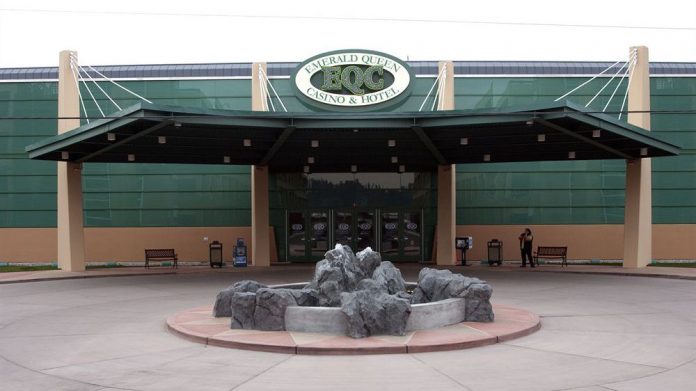 The Puyallup Tribe has announced its $370m Emerald Queen Casino will open in 2019.

The venue, located alongside Las Vegas Interstate Five, will feature a 110,000 sq ft casino inside the 310,000 sq ft building.

“Gaming will identify Tacoma when you drive down the freeway and see this building all lit up with the LED boards and being beautiful,” said general manager Frank Wright.

The building will span both East 29th and East R streets, and feature three restaurants and two bars. The venue’s sports bar will overlook Mount Rainier, with the second bar offering views over Tacoma and Puget Sound.

Alongside the casino, facilities at the Emerald Queen will also include a 2,000-seat, 21,000 sq ft events center, decorated with cedar panelling.

“It’s an extraordinary space,” said Tacoma City Councilmember Catherine Ushka. “I can’t wait to see how it’s used and the level of performances we’re going to attract to the greater area.”

The project is expected to create 200 jobs, adding to the 2,100 positions already created by existing Puyallup casino venues.

“I’m so impressed that this is going to happen in our city,” said council member Conor McCarthy said. “Make it as big and bright and beautiful and sparkly as possible because we need it. And as much bling as possible.”

By 2020, the tribe also predicts the completion of an attached $65m hotel complex, boasting 150 to 200 rooms, with a rooftop restaurant, spa and conference rooms.