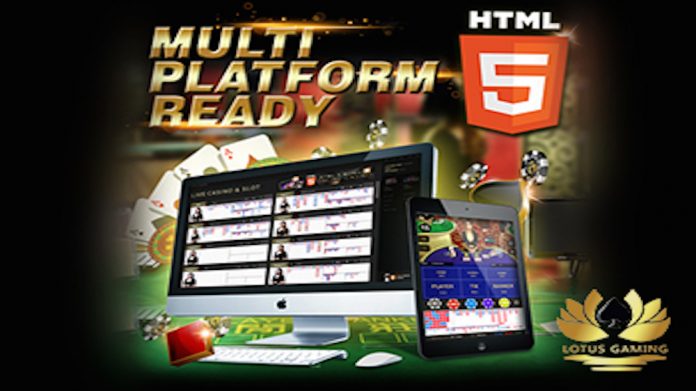 With the emerging demand of online casino services, Lotus Gaming has opened its doors to the Southeast Asian market. In 2016, the firm started to operate in the Philippines and introduced itself as a gaming platform that will cater to its shareholders and gaming counterparts.

Today, it aims to “set the bar higher by developing a cutting-edge technology” which it hopes enables players to “maximise their gaming experience with great security and reliable payouts.

The firms comprehensive game guide is transcribed in 9 languages and 14 currencies. The company’s recent addition of Dynamic Gaming Platform aims to “fuse every players adrenaline and battle lust for hours”. The firm is now offering a new creative set of games called Lotus 5 and Red and White alongside with its existing games of Odd Even, Dragon & Tiger, Baccarat, Sicbo and Roulette.

On the other hand, Red and White is a new and exciting game inspired from a Filipino street game that is usually held during fiesta celebrations. The street game is played using a mobile box made of square compartments. Here, the player throws a pingpong ball with the aim of landing on a compartment that has the corresponding colours of red and white.

Lotus Gaming is also “taking aim at the action market” with Multi-gaming Platform. This consists of multiple mini games, side bets and a list of over 29 slot games – with “easy access designed to keep the players entertained for hours without losing the momentum and excitement of the game”.

Already impressed? Lotus Gaming has it more! It has several highlights of its betting chips and customisable pattern settings as well. This lets the players keep track of the bets, the game results to the date and time it was played, the starting balance, the betting amount, the winning amount and the ending balance.