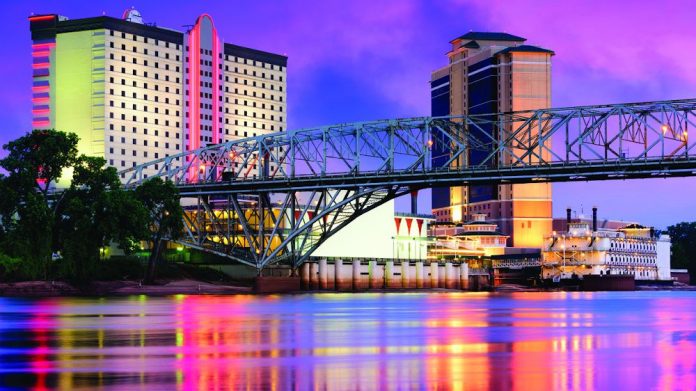 Steve Norton, chairman and CEO of Norton Management and a former casino executive holding senior roles at Las Vegas Sands, Gold River Gaming and Argosy Gaming among others, looks back to the opening of the Louisiana casino market and considers some of the weak points of the Pelican State’s gaming legislation.

My first recollection of bringing casino gaming to Louisiana, was in 1977, the year I was helping draft the Casino Control Act in New Jersey. I was an executive of Resorts International, and our subsidiary, International Intelligence, was hired by the Louisiana state government; to determine whether a casino or dog track would carry the debt service of the New Orleans Super Dome.

With a background in finance and administration in gaming, I went on loan to Intertel, to prepare the study. My conclusions were that a dog track would interfere with other scheduled events, on the Dome floor; but a casino could be placed in one quadrant of the dome, still exhibiting dirt floors.

My recommendation was that a casino should be placed on a corner closest to the NO Hyatt, with over 1,000 rooms, where the Dome could be breached to add restaurants and a small show room.

Unfortunately the Legislature was not ready to look at a casino bill, and nothing was done. 10 yeas later, Governor Edwin Edwards was campaigning for a fourth term, and had proposed placing casinos in every 500 room New Orleans hotel.

I presented this single casino plan to the governor, and he then presented the concept to a Legislative Committee, who heard testimony from myself, mayor Barthelemy and governor Edwards. A positive Committee vote was submitted to Louisiana Assembly; but no action was taken, before adjournment.

In the elections, Edwards came in second to Buddy Roemer, but withdrew from a runoff conceding the election. In 1990-91, I was hired by the Delta Queen Steamboat Company to advise them on applying for a riverboat casino license in Iowa.

I advised against. They then hired me again in 1991-93 to assist the Louisiana Legislature develop its own riverboat casino act. I worked with them through the formation of the final act, and then worked with the Casino Commission on the casino rules and regulations.

I was ignored on many of my suggestions, like only having 10 riverboats, limiting Baton Rouge to a single boat, placing the most boats in the Lake Charles area, servicing Houston, and Shreveport, close to Dallas; and then two or three for Greater New Orleans.

The addition of slots at bars and truck stops came on the last day, and I had no input on the final changes. In 1993, I took the president/ COO role of Argosy, and came back to Louisiana as a bidder, eventually winning the Baton Rouge licence.

Edwin Edwards won the 1991 election, defeating Buddy Roemer, and was successful in getting the Legislature to approve his single land based casino license for New Orleans; but the chosen site, from 1987, next to the N.O. Hilton and its 1,600 rooms, had been taken by the Aquarium.

Also, the first temporary casino was placed in the northern part of the Quarter, rather than at the old convention centre, and failed badly. Another error not corrected from our 1987 bill, was removal of the $100m minimum tax, that was proposed at a time when dockside casinos and riverboats had yet to be discussed in Iowa, Illinois, Missouri, Indiana, Louisiana and Mississippi.

Moving on land makes sense for many riverboats, because the allowed casino square footage will be increased from the original 30,000. But for some riverboats, like the Belle of Baton Rouge, closure seems more likely.

Shreveport, Bossier City, might also be better off with one or two closures, as Dallas, Ft Worth residents are much closer now to the Win Star Tribal Casino, on the Texas border and adjacent to I-35. Win Star in now one of the highest grossing casinos in America; and I expect, it takes in more casino win than all of Shreveport/ Bossier casinos, combined.