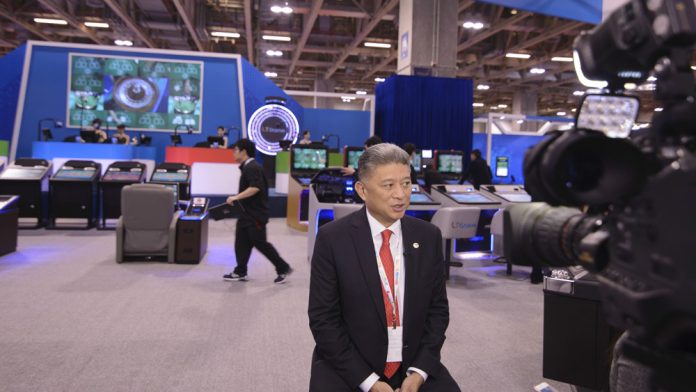 LT Game has added EZ Baccarat to its Live Multi-Game Systems and MGM MACAU will become the first casino to trial the popular title on more than 100 terminals in the city.

EZ Baccarat, the leading baccarat game in North America, will be launched in Macau at the MGM MACAU which will be the first casino to trial the electronic game on over 100 of its LT terminals in 2017.

LT Game signed an agreement with DEQ Systems Corp. in 2015 to become the exclusive distributor of EZ Baccarat in Macau and to develop the proprietary game, also known as the Dragon 7 game, for thousands of its LMGs in Macau and throughout Asia.

We are thrilled to partner with DEQ to integrate their blockbuster EZ Baccarat on our LMG system.

Commenting on the LMG’s new addition, Jay Chun, Chairman and Managing Director of Paradise Entertainment, said: “We are thrilled to partner with DEQ to integrate their blockbuster EZ Baccarat on our LMG system. Undoubtedly it can remarkably enhance the baccarat player gaming experience and MGM MACAU can also benefit from the additional side bet features. We believe advancements in gaming technology brings the most benefit to both operators and players.”

“As usual, MGM MACAU is at the vanguard of innovation and this latest addition reinforces its position. It was an early adopter of EZ Baccarat, offering the table game to its players for years,” said Francisco “TJ” Tejeda, co-creator of EZ Baccarat. “We believe the entertainment value that the EZ Baccarat table game brings to players will translate successfully to LT Game LMGs.”