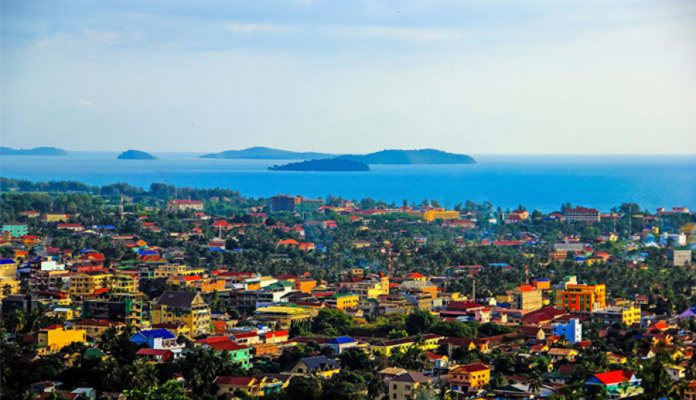 The Cambodian market is a game with two sets of rules: one for NagaWorld, and another for everybody else. Ben Lee, partner at Macau-based consultancy firm IGamiX, explains what provisions the country’s much-awaiting gaming bill is likely to make for these two classes of enterprise.

Cambodia’s casino market is a feral world, where private people still barter for licences and levies with government officials, and where some cut better deals than others.

Things are soon to change for most, but not all. The close-to-final draft of the country’s gaming bill is now with the cabinet, and once approved is expected to provide a uniform tax rate for all operators, bar one exception. NagaCorp is unlikely to lose its special treatment, or its monopoly status in the Cambodian capital.

“I expect there would be one provision for Naga, and a separate standardised tax regime for everybody else,” explains Ben Lee, managing partner at IGamiX consultancy.

“The tax rate for everyone else has been more or less decided: it’ll be a very competitive, Singapore-style rate. It’s only the tax rate for Naga that is still being challenged.”

Over 20 years operating in Cambodia, Naga has not yet paid taxes in the traditional sense, but pays a fixed and negotiated fee which is “not tied in any way” to its revenues. A new rate is now being negotiated between Naga and the government, but which Naga is understood to be resisting.

“There is a figure that the government would like,” Lee adds, “but the ultimate decision is up to the prime minister.” A figure who is widely perceived to have a cozy relationship with Naga’s CEO.

And so it goes for Cambodian gaming: a tug-of-war between certain private interests with connections to the government, and the government as a whole looking to collect receipts.

Yet no other enterprise has Naga’s privileged position. NagaWorld, it’s casino in Phnom Penh, is ring-fenced from competitors by a 41-year monopoly on gambling within a 200-kilometre radius of the capital. Subsequently, most of the interest in the Cambodian casino market today is among private individuals, rather than institutional investors.

So far they too have been spared of taxes on revenues, paying instead a “unit levy” on what they provide. Government inspectors merely tally up the number of gaming tables and slot machines on site, and after some negotiation, settle on a bill each year.

And there are many of them happy with the status quo. Barriers to entry are next to none, and small scale casinos are “popping up like mushrooms”, says Lee. The small seaport city of Sihanoukville has 20 already, and another eight are expected there soon. “So the international investors are not as enamoured with Cambodia, because of this proliferation.”

A lot of these piece-meal prospectors are doing little good for the Cambodian people, he says, but simply think that “opening a casino will make them tons of money”.

“The people who run them are not from respected backgrounds; the games they operate are untested, and you have to question whether they are fair; and thirdly you have a lot of online business going on there. Which although is not illegal in Cambodia, it’s certainly not legal in those markets that those operators are targeting.”

With low internet penetration, there is no significant market among locals for online gambling in Cambodia. Certainly not one that would attract any foreign investment. But in the absence of any restrictions, the practice of using a casino licence to target online players abroad, tax free, is widespread among this second class of operators.

In any case, Cambodian’s with cash to wager can happily play in land-based casinos. “The prohibition of Cambodian players is only in name,” Lee explains. “You see immigration officers walking around in casinos, but it’d be very hard not to notice that the majority of the people inside the casinos are actually Cambodians. And not with foreign passports either, they’re too working class to have passports”.

The ban is simply not enforced. But again, with limited disposable income among the general population, local mass is small fry for the majority of operators.

Another myth is that Cambodian casinos rely on players crossing over from Vietnam for income, or a healthy supply of VIPs from China. Despite the speculation, neither group are significant to Cambodia.

Only the border town of Bavet, just two hours drive from Ho Chi Minh City, has any meaningful business from the Vietnamese; and no casino in Cambodia other than Naga has the facilities sufficient to attract high-rolling Chinese.

Naga had been doing well out of the latter group, when stifling conditions made life difficult for them in Macau. In 2014 only five junkets made up 32 percent of the group’s total revenue.

But relations with the Chinese have since soured. Disgruntled former executives have grumbled about Naga’s CEO breaking big contracts with the junkets. Having been more than happy when VIPs were losing, conditions and clauses were added to contracts the minute their luck picked up. With Naga holed up in Cambodia, there’s been no recompense for the junkets.

As Naga is not thought to operate either proxy betting, or online gambling – and without a steady flow of VIPs, foreign tourists or significant revenues from the local mass market – the casino is said to benefit predominantly from its access to the local elite.

One source puts this figure at 70 percent of all revenues at its Phnom Penh casino – almost exclusively from the well-heeled and well-connected of Cambodia’s upper-echelons, playing in NagaWorld’s private VIP rooms, unseen and unheard. That these revenues routinely get classed as Vietnamese or Thai business, is perhaps the source of speculation that Cambodia is a market dependent on foreign play.

Without such access to local VIPs, and only trickling income from mass players, the myriad of small-scale operators turn to unregulated proxy betting, and off-shore online wagers, for a larger part of their revenues. China, where streaming gambling is illegal, is predominantly their target market.

While currently untaxed, these offshore revenues are thought to be common, meaning the government has a strong incentive to start regulating and collecting receipts. Cambodia is still undecided on the matter. As they weigh up private versus public interests – and their relations with a certain neighbouring hegemon – it is still unclear whether the imminent gaming bill will make provisions for the regulation of online gambling.

FLIRTING WITH THE FILIPINOS

For IGamiX’s Ben Lee, there are two ways Cambodia can approach its online gaming and proxy betting sectors.

Firstly they could follow the Bahamian model, and officially introduce regulation for both online and proxy.  Lee was one of two people to help educate and draft proposals for the Bahamian government regarding these two sectors. “It’s now law in the Bahamas,” he says. “It’s the only country I know of that has officially licensed proxy betting”.

The Philippines is the only regional example of licensing offshore online gaming, which has been successful. But in proxy betting, regulators have adopted a see-no-evil approach.

“In the typical Philippine fashion, they are allowing casinos to video stream [table games] as part of their customer service. And they accept the fact that the proxy sitting at the table is the player.”

“So much for KYC,” he adds. “They’re not interested in finding out who the final player is.” The benefit of ignorance is that if China was to complain, they can plausibly deny their involvement.

“So Cambodia could do something like that. I know their people have been to Manila a few times and they’ve been approached by some of the Philippine operators and licensors like First Cagayan.”

First Cagayan, a private company awarded the right to issue franchises to offshore operators in the Philippines, is now looking for business, after losing many of its licensees this year to its rival PAGCOR.

“PAGCOR has cut their feet from under them,” says Lee. “They lost a lot of their franchisees to PAGCOR, who have recently started issuing POGO licences. So they are now looking for other jurisdictions”.

Lee has heard that First Cagayan’s president has recently been to Cambodia, to talk about playing a similar role of issuing licences there. But reminds that the Cambodians are themselves still very much undecided about how to deal with their remote gaming residents.