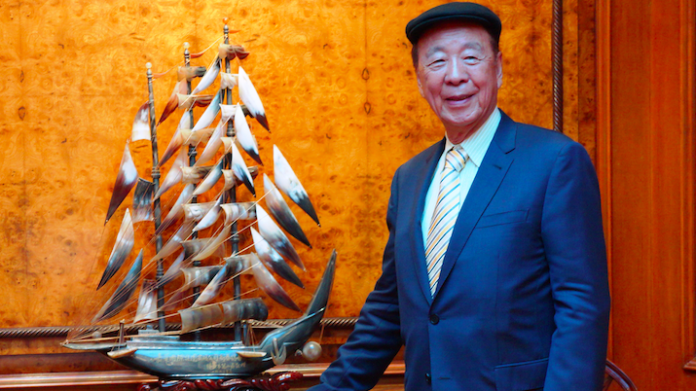 Macau’s Galaxy Entertainment Group may well be riding high at present, but when it comes to the prospect of a city-wide recovery – its chairman Lui Chee-Woo isn’t counting his chickens just yet.

[dropcap]T[/dropcap]he owner of Macau’s largest operator has said that it is too early to tell whether the city’s gaming industry has bounced back to recovery.

Billionaire chairman Lui Chee-Woo of the Galaxy Entertainment Group told Bloomberg News that it remained to be seen whether the industry could attract enough mass-market business to sustain itself.

“Whilst Macau’s gambling industry has hit the bottom, it’s still too early to call it a recovery,” he said. “Give me two more years to see…it takes time to gradually attract more mass-market customers.”

Lui’s comments come fresh on the back of results from Macau’s Gaming Inspection and Coordination Bureau which showed that city-wide gaming revenue grew by just over 1 per cent in August to $2.4bn (E2.1bn) – ending a period of unprecedented decline spanning 26 months.

Galaxy itself has fared particularly well of late: earlier this year it surpassed Sands China as the SAR’s market leader – with upturn driven by its new mass-focused resorts the Broadway Macau and the Galaxy Macau Phase 2 growing the company’s market share to 23 per cent.

Indeed, its second quarter financials detailed a double-digit growth in profit for the company – with earnings up 26 per cent on the PCP to $335m (E298m).

Whilst Macau’s gambling industry has hit the bottom, it’s still too early to call it a recovery

Still, industry analysts aren’t holding their breath for a mass-based about-turn in the city’s gaming fortunes. The Cotai Strip is undergoing a flurry of new resort openings at present: the Wynn Palace opened its doors last month, Sheldon Adelson plans to cut the ribbon on the Parisian Macao next week, whilst the early part of 2017 is likely to see the opening of the MGM Cotai. But whilst all three resorts may serve as an endorsement from operational quarters as to the market’s long-term prospects, it remains uncertain whether or not enough mass-market demand exists in Macau to sustain this level of supply.

A market assessment from Fitch Ratings earlier this summer forecast a 5 per cent retraction in Macanese GGR for 2016 – but anticipated “modest, sequential growth” in mass market revenues. Nevertheless, the ratings agency predicted that next year would see Macau return to “mid-single-digit growth,” citing China’s growing middle class and the enticement of new facilities and infrastructure in the city.