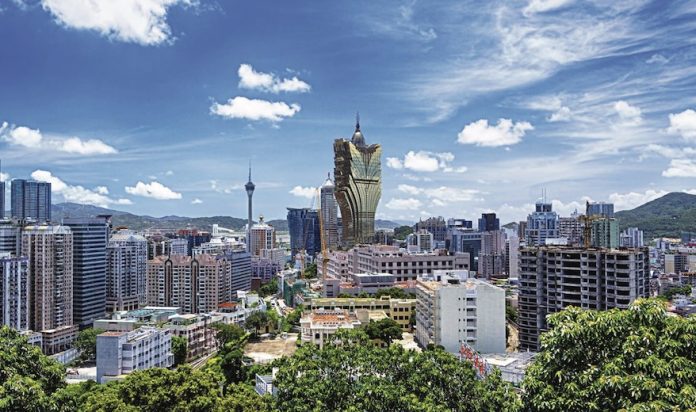 Macau’s GGY rose by a full 18 percent in February alone, driven by both mass market and VIP players. Market sentiment is significantly more sanguine, yet the skeptics are as ever ready to remind of us of more cautionary considerations.

In its first real mass market test since Macau returned to growth, the Chinese New Year helped push gaming revenue up by an astounding 18 percent in February.

“A truly remarkable beat,” noted JP Morgan Securities in Hong Kong. The bank’s analysts DS Kim and Sean Zhuang estimate mass market revenues had grown by nine percent across both January and February, and charged by a full 15 percent in the last four weeks alone.

“This Chinese New Year was the first major Chinese holiday following the recent ‘VIP turnaround’ (which in turn substantially improved liquidity in junket system) and new property openings (which increased the room availability during peak periods); thus, the industry was able to deliver full potential of the current demand pictures.”

Running behind this all important mass market flurry were a series of figures to support the return of Chinese VIPs to Macau. Junkets saw a 20 percent increase on their performance compared to the same month last year. Subsequently, a median of analysts calculations put VIP growth around a similar rate.

“February GGR appears to have benefited from both the strong days of Chinese New Year and a lift in overall VIP demand,” said Christopher Jones, analyst at Buckingham Research. “So while mass market revenue continues to be a growing foundational element in the Macau growth story, VIP continues to surprise to the upside.”

Sentiment among investors is improving. An index of Macau casino stocks has risen by 20 percent in the last six months since positive figures resurfaced. Gone are the sell ratings on Galaxy Entertainment and Sands China – the jurisdictions biggest beasts.

“There’s a lot more confidence,” reiterates Ian Michael Coughlan, president of Wynn Macau. “There appears to be more liquidity in the market, particularly with the junkets, and it’s being sustained. The outlook is pretty promising.”

The palpable wave of optimism has not managed to silence some of Macau’s more embedded critics. Cameron McKnight for one, who recently published a research paper with the sombre heading: “This time is not different.”

Just as in 2013, McKnight and his associate researcher Robert Shore consider the liquidity fuelled turnaround stems from loose monetary policy and economic stimulus flooding in from mainland China. In 2017 the stimulus is far smaller however, and the effects therefore much shorter-run.

While the market has priced in a V-shape recovery based on events in 2013, Macau’s continued reliance on high-rollers puts into question whether the mass market can pick up the slack if and when the money taps start to close.