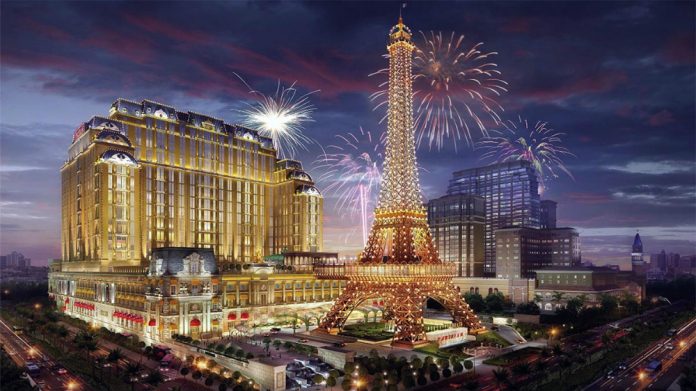 [dropcap]A[/dropcap]n influx of holidaymakers drove gaming revenue growth beyond expectations for the third consecutive month in Macau – the most compelling endorsement to date of the city’s transition to a mass market destination.

“While we had originally expected only modest growth in October, GGR was clearly above expectations during the back half of the month,” said Grant Govertsen, analyst at Union Gaming. “Macau GGR growth rate has accelerated sequentially since August and we think is poised to show similar results in November.”

The positive results are seen as a testament to the SAR’s programme of transforming itself from a high stakes into a mass market destination. More than one million vacationers flooded the city during the seven-day Golden Week holiday – representing a 4.3 percent lift in visitors from the mainland.

The introduction of two new resorts to Macau, The Parisian and Wynn Palace, which together increased the city’s room supply by 15 percent, are believed to have been a magnet for mainland visitors during the month.

“The strong beat of the monthly gaming revenue is very likely due to the decent performance of both the mass market and the VIP business, and it will improve market sentiment,” said Richard Huang, a gaming analyst from Nomura International.

Wynn’s share price jumped by 5.5 percent with the news, the largest one day spike since 12 September; Sands China was up 2.8 percent and Galaxy Entertainment by 3.1 percent.

While the mass market has done most of the leg work in the period, the bureau has not yet provided an official breakdown of the results, and anecdotal evidence suggests an unseen boost in VIP revenue also contributed to growth in October.

“The numbers are better than expected,” said Vitaly Umansky, analyst at Bernstein. “My gut says that VIP has contributed to the upside surprise based on conversations I’ve had over the past two weeks.”

The figures also allay concerns that Macau could be adversely affected by the arrests of several Crown employees mid-month (see page 8), moving some to suggest the city could already be reaping the benefits. “As non-Macau companies shy away from VIP activities in China, albeit perhaps temporarily, this should generally accrue to Macau’s benefit,” Govertsen added.

Despite November being a typically slower month for gaming revenues, further year-on-year gains are predicted, with adjusted estimates now ranging from eight percent to double figures.