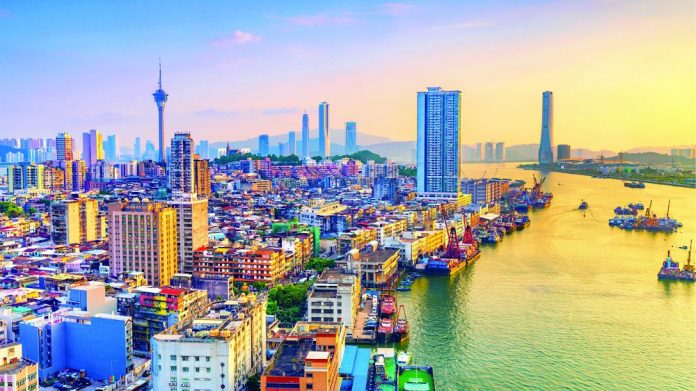 Following a shutdown as a precaution against coronavirus, Macau’s casinos suffered their worst recorded revenue drop in February, with the situation unlikely to improve during the first half of the year. Meanwhile, US casino operators have cautioned that travel restrictions due to the ongoing crisis could negatively affect their Las Vegas properties.

Macau suffered its worst revenue drop on record in February, while the situation is unlikely to improve during the next few months given the ongoing economic impact of the coronavirus epidemic.

Gambling revenue fell 88 percent year on year last month, after the special administrative region’s casinos experienced an unprecedented 15-day shutdown to contain the spread of COVID-19. February’s figure of MOP3.1bn ($386.74m) was worse than analyst expectations of a drop of around 80 percent.

JPMorgan forecasts revenue will be down 70 percent in March and 35 percent for the second quarter, while full year gross gambling revenue is expected to be fall 24 percent. “Looking at the glass half-full, we feel it could have been worse given the extensive level of disruption suffered,” said JPMorgan Chase analysts including DS Kim in a note at the beginning of March.

While Macau authorities gave the greenlight for casinos to reopen from 20 February, visitation to Macau remained much lower than normal as various travel restrictions remain in place.

The hotel occupancy rate remained below 12 percent at the end of February, according to data from Goldman Sachs. Citigroup expects more than 50 percent drops in Macau’s gambling revenue for the first two quarters of 2020, with growth returning in the final quarter of the year.

Macau’s VIP gambling revenue is particularly sensitive to China’s economic situation. The casino industry in Macau was already feeling the effects of a weakening Chinese economy, with the trade war with the US hitting local businesses and tourism hard.

Nevertheless, analysts suggest that high rollers – many of whom hold business visas, which are subject to fewer restrictions – may come back sooner than mass market players, provided their businesses recover from the impact of the epidemic.

“[Macau] is the biggest gaming city in the world in terms of revenues and most of that comes from highend players – the premium mass or the VIPs. So that [segment] will rebound fairly fast, [especially] given that most of them are repeat visitors from China,” said Glenn McCartney, associate professor of International Integrated Resort Management at the University of Macau, speaking during a recent interview.

“There’s also the mass segment, who maybe will have less and will reflect more on what they wish to spend in the first half of 2020, given what’s happened in China. But [overall] I do see a recovery in the second half of the year.”

“A significant portion of our US business relies on the willingness and ability of premium international customers to travel to the US, including from mainland China,” Wynn Resorts wrote in its annual report. “Our Las Vegas operations and operations at Encore Boston Harbor may also be adversely impacted.”

The company said it is monitoring the virus with local health agencies and has installed hand sanitiser dispensers for employees and guests. The virus appears not to have had an impact on the city so far.

The Las Vegas Convention and Visitors Authority said that overall visitor volume and hotel occupancy were up in January 2020, while gambling revenues during the month rose nine percent year on year, according to a report by SunTrust Robinson Humphrey.

Nevertheless, two major Last Vegas events set for March have been cancelled after the Trump administration called off a summit of Asian leaders and Google postponed an internal event.

A survey of hotel room rates by SunTrust Robinson Humphrey found some pricing decreases for March, potentially suggesting cancellations related to the coronavirus, although rates for April and beyond remain stable for the moment.

“Strip operators haven’t noted any impact from the coronavirus outbreak on their Las Vegas properties yet, but we know the situation is fairly fluid,” said Barry Jonas, a gambling analyst with the investment firm.