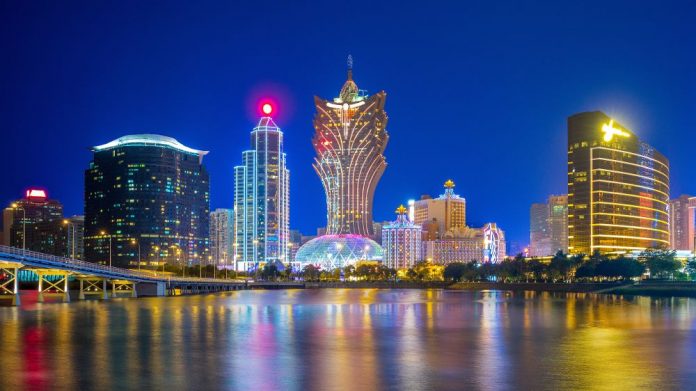 Amid the ongoing economic uncertainty caused by the coronavirus pandemic, Macau’s government has said that it currently has no plans to introduce tax breaks for the local casino industry.

Macau’s casino gross gaming revenue fell by 79.7 percent year-on-year in March, but was up by 69.4 percent month-on-month compared with February. March GGR was just under MOP5.26bn ($658.3m), according to Gaming Inspection and Coordination Bureau (DICJ) figures.

Macau suffered its worst revenue drop on record in February with gambling revenue falling 88 percent year on year during the month, after the special administrative region’s casinos experienced an unprecedented 15-day shutdown to contain the spread of COVID-19. February’s figure of MOP3.1bn ($386.74m) was worse than analyst expectations of a drop of around 80 percent. The Macau government has halved its forecast for GGR in full-year 2020, due to the negative impact of the Covid-19 pandemic on the local economy. The forecast for this year is now MOP130bn ($16.3bn), down from a November estimate of MOP260bn.

As part of measures to contain the spread of coronavirus, the government has ordered an entry ban of unspecified duration on all “non-local residents”. The ban came into effect on 18 March and reportedly also covers general visitors from overseas countries.

On 24 March, Macau’s chief executive, Ho Iat Seng, announced an additional ban on entry to the city for visitors from either mainland China, Hong Kong or Taiwan who has travelled overseas in the previous 14 days. This measure included a 14-day quarantine requirement for people arriving from Hong Kong.

“With the mainlanders and Hong Kongers now effectively barred from entering Macau, the only rationale possible for keeping the casinos in Macau open right now is a social one which is to keep Macau residents employed,” said Ben Lee, managing partner of IGamiX Management and Consulting.

Guangdong, is one of the largest feeder markets for Macau’s tourism industry, accounting for almost one third of the 39.4 million visitor arrivals recorded by the city last year.

“For Macau, this is effectively the same as casino shutdown,” said JP Morgan Securities (Asia Pacific) analysts DS Kim, Derek Choi and Jeremy An in a memo on 24 March.

Despite the uncertainties over the Covid-19 virus, Macau’s government has said it currently has no plans to introduce tax breaks for the local casino industry.

“For now, we do not intend to introduce any [tax] changes,” said Lei Wai Nong, secretary for Economy and Finance, adding that any tax relief for the casino industry would require reviewing Macau’s gaming law.

In February, Ambrose So Shu Fai, vice-chairman and CEO of SJM Holdings proposed a reduction in premiums payable to the local government on casino tables and gaming machines, along with rebates on “gaming-related taxation”, given the “operational difficulties” the city’s gaming sector is currently facing. In Macau, “gaming tax” is usually a reference to taxation on gross gaming revenue (GGR). The city’s six gaming operators pay 35 percent of their GGR as direct tax to the government. They pay an additional four to five percent of their GGR into the public coffers for a host of social, cultural and other causes.

“At present, we have not asked the Macau government on any [tax] concessions but we believe the government is already introducing a series of measures …for the community of Macau,” said Francis Lui Yiu Tung, vice-chairman of Galaxy Entertainment Group, speaking in late February.

“The Covid-19 outbreak and the related events have also caused severe disruptions to the group’s resort tenants and other business partners, which may increase the risk of these entities defaulting on their contractual obligations with the group,” said Melco International in its annual results announcement on 31 March.