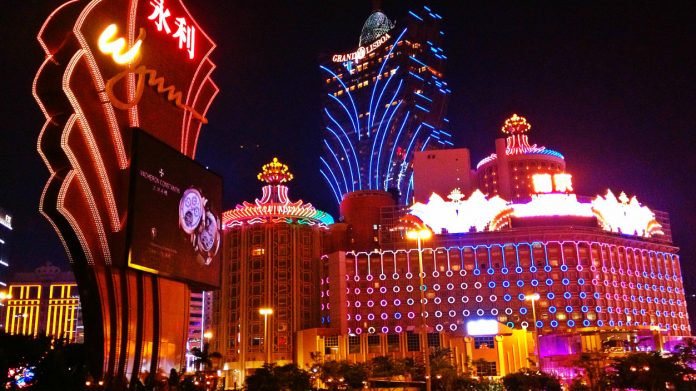 The world’s largest gaming market seems to be settling into a new level of GGR. Another fall this month, yes, but the signals for Macau are pointing to a little more light on the horizon. A slowdown in the decline and a more bullish perspective from the marketplace hints at a possible turn in fortunes.

[dropcap]T[/dropcap]he gambling capital of the world, Macau, has confirmed a decline in monthly gaming revenues for the 26th month in succession. The latest figures released by Macau’s Gaming Inspection and Coordination Bureau show GGR in July of 17.8bn patacas (€2bn), a 4.5 percent decline on last month. For many, the fall came as almost welcome relief, with the drop recorded some 25 percent short of analysts’ projections for the month. And encouraging signs for the more positive observers in the Macau market also came in the shape of a slowdown in the SAR’s continuing revenue decline – last month GGR slipped by 8.5 percent compared to June.

So, what are the signs for September? Some analysts are suggesting that an upturn is already showing, with the industry faring better than estimated in July, spurred by a shift in focus and new casinos expected to bring positive growth in the coming months.

The opening of Wynn Macau’s Wynn Palace and Sands China’s Parisian casinos in August and September of this year will work towards attracting more mass market tourists to the region, a trend which analysts are starting to see take effect.

She added that monthly casino revenue has also been stabilizing at around the $2 billion a month level, and will likely increase in the third quarter with new resorts opening.

Indeed, gaming revenue growth will “finally turn positive by September”, according to Grant Govertsen, an analyst at Union Gaming Group LLC, as the new resorts attract players and tourists he expects “the growth rate to generally remain positive from that point forward after September.”