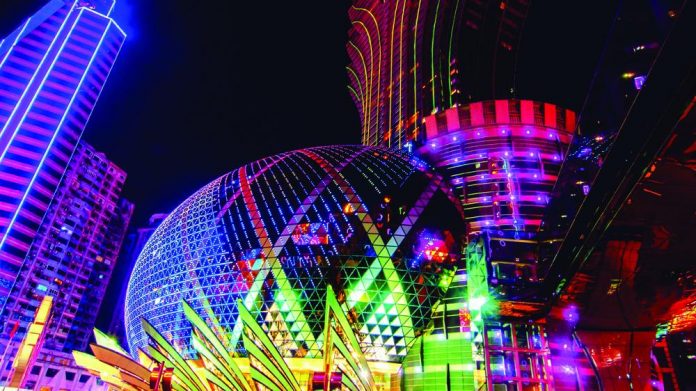 Macau’s Secretary for Economy and Finance, Lionel Leong, contextualised the revenue fall within the changing structure of the Macau market, which he suggests is reorientating itself towards the mass-market segment.

Casino GGR in Macau fell by 8.3 percent year-on-year in April, to approximately MOP23.59bn ($2.92bn), according to data from the city’s regulator, the Gaming Inspection and Coordination Bureau.

The Macau market’s GGR for the first four months of 2019 stood at nearly MOP99.74bn, a decrease of 2.4 percent year-on-year.

The news comes as analysts predict Macau will revenue will most likely remain flat or see only single-digit improvements throughout the year.

“We attribute the recent slowdown in Macau’s gaming revenues to negative economic sentiment on the mainland, exacerbated by trade tensions and credit extension slowdown. The [GGR] deceleration is largely tied to the economic slowdown on mainland China, which should disproportionately negatively impact the VIP segment (53 percent of total gaming revenues in fourth-quarter 2018),” stated Fitch Ratings in its “All In: Global Gaming Handbook” published in late April.

However despite these headwinds, the ratings agency predicts that GGR will remain flat “due to the assertive fiscal stimuli by [the] mainland government, diffusion in trade tensions with [the] United States and the recently completed transportation infrastructure improvements.”

At the start of May, Macau’s Secretary for Economy and Finance, Lionel Leong, said the government was not unduly concerned regarding the slight decline in GGR during the first quarter of 2019.

He attributed this decline to the changing structure of the Macau market, which he suggested is reorientating itself towards the mass-market segment.

“Progressively, the structure [of the Macau gaming market] is changing. I think this kind of change fits [better] into our [strategy of becoming] a world centre of tourism and leisure,” he stated.

He added that the Macau government “wants to see the mass market grow, instead of the whole cake depending on the VIP [segment].”

“[This new structure] will also benefit the [city’s] smalland medium-sized enterprises, so I prefer to see this happen,” Leong added.

DICJ figures for the first three months of 2019, indicate that mass-market revenue as a proportion of all casino GGR in the period came in at 51.14 percent, with the segment taking the lead over VIP baccarat.

“For the whole of the second quarter of 2019, we are forecasting -2 percent growth based on a mid-single digit growth story in June,” said analyst Grant Govertsen in a note at the beginning of May.

“As we look out through the balance of the year, we are slightly revising our full-year forecast to low single digits (from mid-single digits) with VIP, of course, being the wild card that could materially change this forecast in either direction.”

Govertsen also suggested that the election of Macau’s next chief executive, due to take place later this year, could have some negative impact on the casino industry.

“We caution that election season will be upon Macau soon and this could have an impact later this summer as individuals [consumers] might defer trips until after the Chief Executive election period is over,” he wrote.

Speaking to Casino Review last month, Ben Lee, managing partner at IGamiX Management and Consulting, noted that this is not the first time that the VIP segment has lost its majority share.

“Our research showed that VIP actually dipped to 49.8 percent in July 2016 just before staging a rapid recovery in subsequent months following the opening of Wynn Palace,” he contextualised, adding that there had been indications of the most recent downturn since last year.

“We alerted our clients this same time last year of reports of a loss of confidence in the export and manufacturing sector in neighbouring Guangdong, the rice bowl of Macau’s VIP segment,” he continued.

“This coincided with the first indications of Guangdong entrepreneurs scouting Indo-China for possible relocation of their factories as a result of the trade war with the US. The initial forays and eventual setting up of new factories there has resulted in the explosive growth of VIP business in Indo-China as the junket operators followed their clients to those markets.

“This development continued as the trade war intensified and with the announcement of new forex rules in February this year, we predicted that the gaming industry will contract as a result,” he concluded.