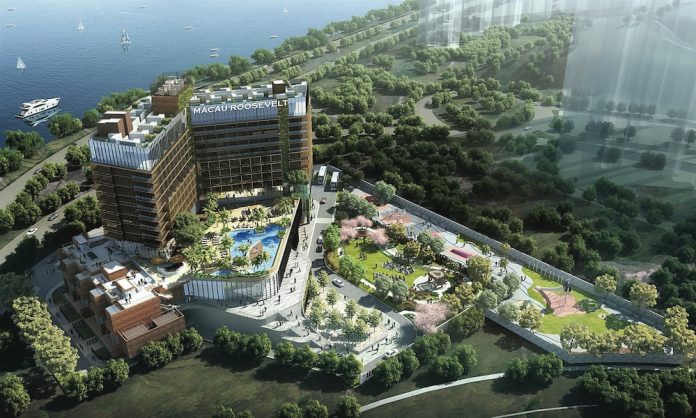 The DICJ in Macau is currently debating an application by SJM Holdings to move its casino to the forthcoming Macau Roosevelt hotel.

Stanley Ho Hung Sun-owned SJM Holdings is looking to move its casino from the grandstands of the Macau Jockey Club horse track to the soon-to-open Macau Roosevelt hotel, also located on the grounds of the same complex, according to a spokesperson from Macau’s Gaming Inspection and Coordination Bureau (DICJ).

“The DICJ has already received [an] application from gaming concessionaire SJM which requested to relocate the Casino Macau Jockey Club to the Roosevelt hotel location,” said a spokesperson from the regulator, speaking to the media.

However the DICJ clarified that the application is still being processed, and that no final decision has yet been made.

In a note issued on 29 May, brokerage Union Gaming Securities Asia noted the installation of exterior signage at the Roosevelt hotel mentioning a casino in the property, called “Macau Jockey Club Casino”.

“We believe the new casino at Roosevelt is significantly larger in size than its predecessor and will have a much greater focus on table games,” said Union Gaming analyst Grant Govertsen. “We estimate it could have 25 to 35 tables and around 100 slots.” The brokerage noted that it is possible that the new casino could cater to a niche not often covered by satellite casinos.

“We would not be surprised if the new casino at Roosevelt were to have a unique junket focus, or go after a particular customer niche that is currently unaddressed (e.g. targeting customers from a non-Chinese geography),” the brokerage said.