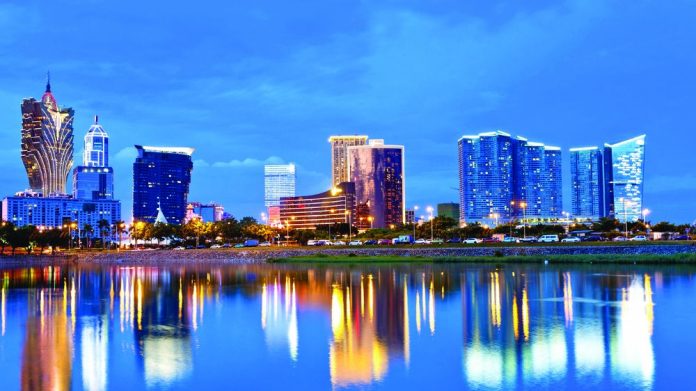 Macau GGR looked to be picking up in September, as IVS visas resumed for designated cities across China, nevertheless, with a number of factors in play, it’s still difficult to chart a possible recovery, analysts suggest.

In a 7 September note, brokerage Sanford C. Bernstein estimated that the average daily rate for 1-6 September inclusive was around MOP83m ($10.4m), compared to around MOP43m in August, an improvement of around 94 percent.

September’s GGR is likely to see year on year decline in the “mid-80s” in percentage terms, with “weekly numbers getting better” as recovery is driven by “increasing visas issuances” for visits by mainlanders from Guangdong province, added the memo.

Forecasts for 2020 “remain largely educated guesses at this time, with constantly-changing conditions altering expectations,” noted analysts Vitaly Umansky, Tianjiao Yu and Kelsey Zhu. “With a visa issuance timetable now in place, we believe the drivers of recovery will be confidence levels of customers to travel and spend, opening up Hong Kong to Macau travel and an increase in frequency of air transportation within Greater China, to airports in Guangdong/Hong Kong/Macau, to facilitate long-haul travel.”

From 26 August, Guangdong residents could once again apply for Individual Visit Scheme exit visas from the mainland, while IVS applications for residents of designated cities in the rest of China restarted on 23 September. The IVS scheme and tour group visa scheme had been suspended in late January, as part of measures to prevent the spread of coronavirus.

“The mainland authorities will likely be careful in managing the number of permits issued” for tourism visits to Macau, “in order not to swamp” the city, cautioned Ben Lee, managing partner of IGamiX Management and Consulting. “I believe also, that Macau will be extra-cautious in managing the risks of a resurgence in COVID-19 cases that might occur were there a sudden surge of mainland visitors into the SAR.”

Nevertheless, despite the resumption of the IVS across mainland China, she noted there was still no guarantee of an “apparent increase” to inbound-visitor numbers to the city.

Fernandes acknowledged that coronavirus health and safety measures – which include the requirement for mainland tourists to obtain a negative COVID-19 test certificate prior to their visit, in order to avoid a 14-day quarantine – had “complicated” cross-border travel.

However, she stated the agency expected to see further “improvement” in the Macau visitor numbers during the upcoming October Golden Week holiday period, from 1-8 October.

It was a difficult August for Macau’s gaming industry, with GGR falling by 94.5 percent year on year to MOP1.33bn ($166.6m), according to data from the city’s Gaming Inspection and Coordination Bureau. Macau GGR contracted by 81.6 percent year on year in the eight months to 31 August.

“VIP demand also seems to have contracted in recent weeks, as some junkets/agents/players kept a low profile amidst steppedup scrutiny on capital control and overseas gambling,” they reported.

Conversely, Morgan Stanley Asia analyst Praveen Choudhary suggested that a diminishing spend per head on gambling by visitors to Macau, could actually be a good sign, since it would indicate the return of general tourism.

While the number of visitors to the city dropped between March and July, coinciding with regional restrictions relating to COVID-19, average spending per capita of Macau visitors “skyrocketed”, Choudhary reported, at one point reaching $15,000. “We think that is because non-gamblers completely stopped coming,” he clarified.

In a memo on 27 August, Morgan Stanley estimated that August daily GGR per visitor from mainland China was around $1,140. This was “very similar” to the of December 2019-January 2020 period prior to the pandemic, with the brokerage suggesting it represents a move toward a “normal ratio of gaming and non-gaming visitors”.