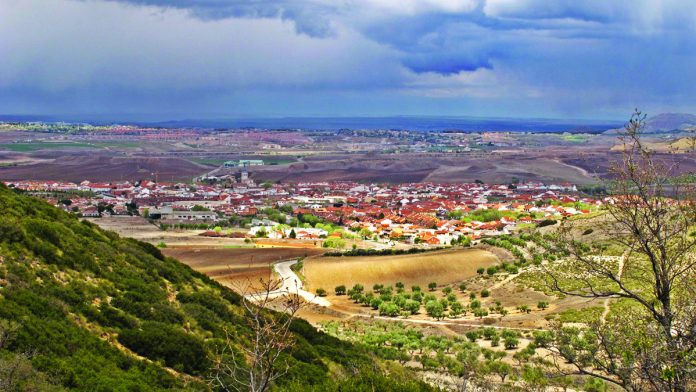 Baltimore-based Cordish Companies unveiled plans for a €2.2bn investment outside Madrid at the start of the month, with a development that is expected to create over 50,000 jobs, but it is unclear how big a part casinos are to play in the new project.

[dropcap]P[/dropcap]rivately held US leisure and real estate business, The Cordish Companies, has unveiled plans to build a $2.2bn resort outside Madrid, signalling a vote of confidence in Spain’s three-year old economic recovery.

The Madrid project, which still requires approval from the regional government, would be the group’s first large-scale resort in Europe and the company estimates that it will attract 5 million visitors a year with 1.5 million overnight stays in the resort hotels.

The plans for Live! Resorts Madrid were revealed in a press conference in the city on 1 December and the firm claims the development will bring in between €4-6bn to the region within the first five years in addition to generating 56,433 jobs.

“We feel that the Spanish economy is improving year after year, and that the Madrid economy in particular is strong and getting stronger. We are hitting this at the right time,” said Joseph Weinberg, chief executive and managing partner.

Located in Torres de la Alameda, near Madrid’s Barajas Airport, it will be the first complex of its kind in Europe, and the development is expected to include as many as 2,700 new hotel rooms – three hotels with spas and lagoons are in the initial plan – as well as shopping outlets, dining and entertainment venues.

“This is about building a new entertainment district in Madrid. Gaming is a part of the mix but as opposed to Las Vegas it will not be gaming-centric,” added Weinberg. “It contains a small element of gaming, but the concept is completely different from those raised in the past.”

The Madrid resort would be broadly similar to the format that the group has rolled out in the US, although with small changes such as more space for comedy venues, which are more popular in Spain than in the US.

It is good news for Madrid and for Spain for it entails the creation of jobs and the trust of foreign investors.

“We work closely with local people and do not believe that this project will generate opposition because we will work with local companies in the construction and when it is up and running,” said Weinberg. “We believe there is a very strong possibility that we will increase the investment to the 3bn range by adding more hotel and congress space over time.”

The proposed project near Madrid would stretch over more than 300 acres and has taken about three years for the firm to assemble the land for the project, a task that involved negotiating with hundreds of property owners.

The company filed a request for a licence for the project with the regional government of Madrid on 30 November and has stated that it expects a reply within five to six months. It clarified that the project was not seeking subsidies and would not require any changes in legislation.

The Head of Madrid city government, Cristina Cifuentes, welcomed the announcement: “It is good news for Madrid and for Spain for it entails the creation of jobs and the trust of foreign investors,” she said, speaking at a press conference at the regional parliament. “We will have to wait because it is the beginning of a process that this group has registered today in the Community and now we have to see if it is a viable project.”

She also highlighted that The Cordish Companies had “full solvency, is reliable and powerful and it has carried out a number of entertainment projects in a number of states in the United States.”

Based in Baltimore, The Cordish Companies is a family firm that has developed real estate and leisure districts in several cities across the US, including Baltimore,Philadelphia and Atlantic City.

Its Maryland Live! venture is Maryland’s biggest casino, generating more than $550 million in revenue through October this year.

CEO David Cordish, whose grandfather founded the company in 1910, is a close ally of president-elect Donald Trump and introduced him at a fundraising dinner in Maryland last year. Spanish Las Vegas not on the cards

The scheme marks the second high-profile attempt by a US investor to develop a resort in the Spanish capital. Sheldon Adelson, the casino mogul and a prominent Republican political donor, dropped a controversial plan to build a $30bn gambling and entertainment complex outside Madrid three years ago. Dubbed Eurovegas by the Spanish press, the project would have featured an avenue of skyscrapers, 12 resorts, six casinos and 18,000 gaming machines in one of the biggest investments in Spain in recent memory. But it became bogged down in political controversy and the project folded in 2013 after the Spanish government refused to accept Adelson’s demands for financial concessions and an exemption from the nationwide ban on smoking in public spaces. Weinberg said there was no reason why the Cordish proposal should raise similar objections. “The mix [of businesses] and the concept are very different from previous attempts,” he said. This sentiment was shared by Abe Rosenthal, the company’s executive vice-president for development, who affirmed: “Our approach is not to create a Vegas-style environment.”  Cifuentes confirmed that the two development are fundamentally different, since EuroVegas was a “gaming project where there were also some activities related to leisure” while the Cornish proposal was “basically a family leisure project.”