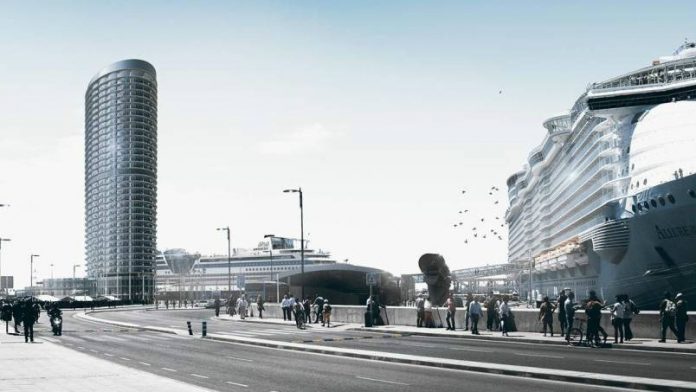 The Qatar-based Al Bidda Group aims to have the Hotel Suites Málaga Port open by 2020 and the venue may include a casino.

[dropcap]T[/dropcap]he Qatar-based Al Bidda Group has presented plans for a 135-metre-high skyscraper on the Dique de Levante on the eastern side of the port of Málaga.

The company aims to have the hotel and conference venue open by the year 2020 and while obtaining permission for what would be Málaga’s tallest structure is complicated, Al Bidda hope to begin work in under a year.

The five star Hotel Suites Málaga Port will include 352 rooms, a shopping area, a congress venue, swimming pools and possibly a spa resort and a casino, however this depends on whether a permit can be obtained.

The firm is promoting the development as a destination hotel and an attraction to visitors in its own right rather than merely a place to stay.

Al Bidda are investing an estimated E120m in the project and its construction will provide work for an estimated 1,280 people with a permanent positions for 350 staff once the resort opens.

However, the long-term impact on the local economy could be considerably greater, and, given the perceived shortfall in five star accommodation in Málaga, the creation of an enterprise is likely to generate further demand.

The elliptical shape is also an effort to provide the least resistance possible to the strong winds which affect this part of the Andalusian coastline.