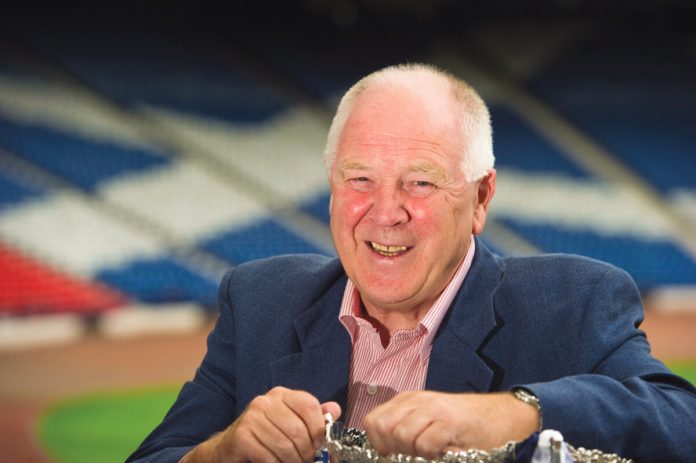 Former Scotland manager Craig Brown, recently described by his successor Gordon Strachan as ‘the yoda of Scottish football’, gives his view of the potential pricing anomalies for this year’s Euros – and suggests that this year could well be the year of the outsider.

[dropcap]A[/dropcap]s Scotland’s longest serving manager, Craig Brown coached his team through five major tournaments – including three European championships and two world cups – giving him vast experience on the international stage. But while he has faith in some of the mainstays of European football, he still suspects that the tournament will throw up some surprises for both punters and bookmakers alike.

“Spain are still an incredibly formidable nation and I have a strong suspicion that they will bounce back on this occasion,” he told Betting Business. “So I would still think they are the favourites to win it.”

The Spaniards will be confident about their chances of claiming a third consecutive European victory, despite their disappointing World Cup two years ago in Brazil.

With odds as short as 3/1 to win the Euros, Brown feels the hosts will also make it to the final, as the French have come up strong on their home soil before.

He added: “The home venue is a big help and I know they have had some internal issues but I think they will overcome them. They failed to qualify for the World Cup in 1990 and 1994 and then won it in 1998 in their home country, and here they are playing again in their home country, so I think they have a good possibility despite the internal problems.”

Although Brown has chosen Spain as champion, he predicts fellow Group D contender Croatia – currently battling odds of 33/1 to win overall – are set to have a strong tournament and progress to the knockout stages.

“Croatia is the only country that qualified for the World Cup, the under-20 World Cup and the under- 16 World Cup, which is quite an achievement. They have a terrific development program for players and that often shines through to the first team,” said Brown.

With Leicester winning the premier league, there is a feeling that anything can happen at the Euros this summer, which will give confidence to some of the smaller nations – and bookies hoping for favourable results on their end. Brown believes Wales is an underdog that could surprise in France, and he has been assisting the Welsh management on how best to prepare for the upcoming tournament.

“I’ve had a long conversation with assistant manager Osian Roberts about team arrangements for the tournament,” he explained. “We had a brainstorming session and I recommended a look at Ian McGeechan’s very detailed preparation with the British and Irish Lions for their successful South Africa series.”

Furthermore, Brown has been impressed by manager Chris Coleman and thinks the Welsh – listed at odds of 80/1 – could be worth a punt.

He added: “Chris was outstanding at Fulham, they were always in the top half of the premier league at that time. Now he’s doing brilliantly with Wales and because they’ve got some quality, in Ramsey and in Bale, they would be my outside bet.”

While Wales lifting the cup would shock the continent, it may not be quite at the level as The Foxes fairy tale premier league season. It would take something equally unbelievable to trump such a triumph, and with population of only 330,000, Brown has identified Iceland as a contender.

He said: “Iceland winning the Euros would usurp Leicester as this year’s underdog story. Their manager Lars Lagerback impressed with the Swedish national team and he’s worked wonders with Iceland, he is a very experienced and tactically astute manager with great discipline and man management.”

While Brown thinks Iceland, who beat the Dutch twice to qualify for their first ever major international tournament, could progress through the group stage, he can’t quite see them lifting the cup.

“I can’t imagine them winning, but then you couldn’t have imagined the Leicester story. Because Iceland odds would be so great I would put a fiver on them, and maybe I could be like the guy who put a bet on Leicester at 5000/1,” he said.

With the recent reminder that anything can happen in football many fans may have a similar idea, and it wouldn’t be surprising if Euro 2016 saw an increase in ambitious outside bets.