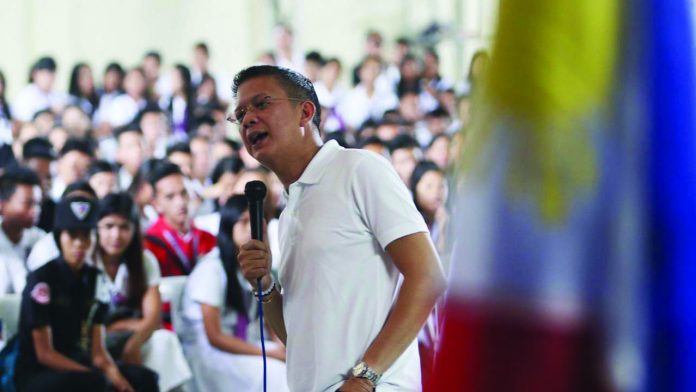 In 2013, an international anti-money-laundering watchdog warned the Philippines that the country’s casinos were a gaping hole in its defences against people illegally moving money around its economy, but now the Government looks set to address the issue at the beginning of next year.

[dropcap]S[/dropcap]enator Francis Escudero announced on 1 December that proposed amendments to the Philippines’ Anti-Money Laundering Act (AMLA) are expected to be approved by the country’s Congress during the first quarter of 2017 ahead of the forthcoming plenary session of Paris-based Financial Action Task Force (FATF) in June.

“The inclusion of casinos in the AMLA coverage is one of the recommendations of the FATF, a global anti-money laundering and anti-terrorism watchdog, to avoid the potential blacklisting of the Philippines,” Escudero said.

The senator has sponsored a committee report that seeks to further amend Republic Act 9160 or AMLA of 2001, looking to include casinos under the umbrella of the law.

In the amended act, the cash threshold for any covered transactions is anything exceeding P500,000 or $10,000 (E9400) or other equivalent monetary instrument.

Escudero, chairman of the Senate Committee on Banks, Financial Institutions and Currencies, said he had discussed the measure with his counterpart in the House of Representatives, Rep Ben Evardone, who would be in charge of crafting the House’s version of the bill.

The move follows extensive international pressure on the Philippines this year to include casinos in the AMLA and casinos’ inclusion in the list was one of the recommendations by the FATF following an assessment three years ago.

However, when the Philippines beefed up the law in 2013, the government eventually decided not to add casinos to the list of covered entities, as lawmakers wanted the fledgling casino industry, and the jobs it promised to create, to flourish.

In November, the Philippines launched criminal proceedings against six bankers accused of failing to stop the laundering of tens of millions of dollars stolen by cyber-criminals from Bangladesh’s central bank.

In one of the world’s biggest bank heists, thieves shifted $81m (E76m) from the bank’s account with the US Federal Reserve in New York to the Rizal Commercial Banking Corporation (RCBC) in Manila.

The money was transferred to four accounts at an RCBC branch from where it was funnelled into local casinos, according to regulators who fined the bank a record $21m (E19.7m) in August.

With its present limited powers, it took the AMLC 18 days to order RCBC to freeze all accounts involved in this February’s theft.

While the Philippines is not the only nation whose anti-money-laundering laws do not cover casinos – similar laws exist in two dozen other countries, including India, Mexico and Cambodia – the Philippines combines a burgeoning casino industry with the existence of multiple money-remittance services, set up for overseas workers, which increases its vulnerability for use as a hub for money laundering.

If the country does not address the casino loophole, regulatory experts suggest that it might risk being downgraded by FATF at its next review.

If this happens it could increase the cost of sending money to the country, eating into the amount of cash sent home by the Philippines’ diaspora of 10 million overseas workers who remit some $24bn (E22.5bn) a year.