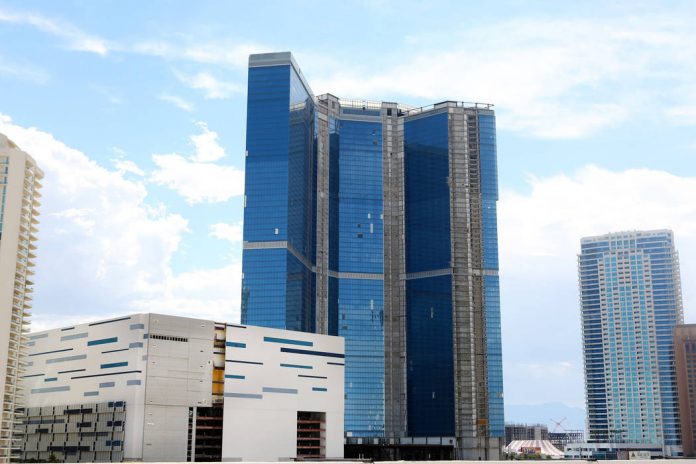 Featuring nearly 4,000 rooms, The Drew Las Vegas is scheduled to open in late 2020, while Witkoff is reportedly in discussions to create a bridge between the property and the Las Vegas Convention Center.

Marriott International and global development firm Witkoff have announced plans to open a new resort at the site of the unfinished Fontainebleau casino project.

Scheduled to open in late 2020, the resort – now called The Drew Las Vegas – will feature nearly 4,000 rooms and suites as well as over 500,000 sq ft of convention and meeting space, along with a variety of retail and food and beverage options.

Additionally, while the property’s design has yet to be finalised, Witkoff has confirmed that the 8.5-acre pool deck will be “reimagined”.

“It is going to be a design-forward building, and when we bring it all together, people are going to say, ‘I really want to come back,” stated

Steven Witkoff, chairman and CEO of the real estate firm.

“The structure here is so well-conceived, even from nine years ago, that there are a lot of possibilities for us to put our imprint from a design standpoint on that property. We think that growth is coming and is going to come here.”

Marriott will debut its high-end, boutique-style Edition brand at The Drew, while the development will also see the first JW Marriott on the Strip. The company, whose loyalty programme has more than 100 million members, will manage the three hotels.

“The resort will give our more than 100 million loyalty members the chance to enjoy our brand of hospitality in one of the most exciting and popular cities in the world, whether the visit is for a convention or a leisure trip.”

Capuano contends that the complex is “uniquely positioned” to take advantage of the “strong demand” leisure transients and group business sectors.

“Obviously, with almost 4,000 rooms, it gives you the scale and footprint to compete with many of the large, well-known casino-hotels on the Strip,” he added.

LVCVA spokesman Jeremy Handel stated that the public-private partnership which owns and operates the Las Vegas Convention Center was “on track” to present the final design plans for the $1.4bn expansion and renovation to agency leaders later this year, but cautioned that “any discussion of specific design or functional elements is premature.”

Billionaire Carl Icahn sold the partially built Fontainebleau on the north Strip – near the Circus Circus and the Las Vegas Convention Center – to Witkoff and Miami-based Vector Group subsidiary, NewValley, in August 2017. The 63-story tower was 70 percent finished when the recession brought construction to a halt in 2009.

The Drew will be one of two resorts expected to open on the northern end of Strip in 2020, along with the delayed Resorts World Las Vegas.

“We believe this is a portion of the Strip whose time has come,” Witkoff stated.

In an analysis of the Las Vegas Strip gaming market last year, Brent Pirosch, director of gaming consult- ing at CBRE, suggested that the unfinished Fontainebleau offered “a unique opportunity on the Strip”.

“New development projects on the Strip tend to cost at least $1m per key to be competitive,” Pirosch explained.

“Depending on the final buildout for Fontainebleau, however, the per key development cost, including the $600m acquisition price, could be less than half what these others paid.

“This would help significantly reduce their development risk and still allow for a highly competitive product,” he concluded.