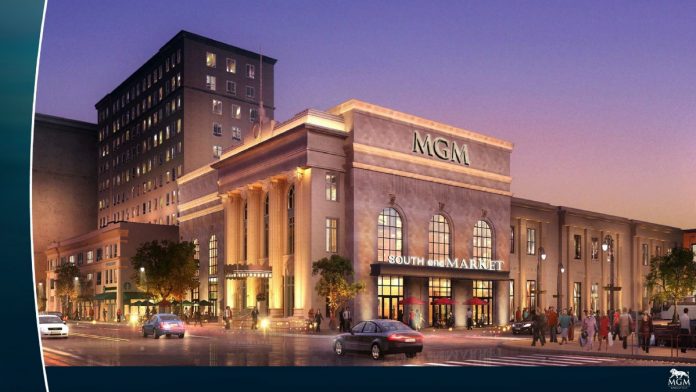 Massachusetts officials are expecting a tax windfall once the state’s two new gaming resorts open their doors, but as casino investment piles exponentially into the North East, the prospect of the market reaching saturation point is spooking some analysts into lowering their projections.

[dropcap]T[/dropcap]ax revenues for the state of Massachusetts are expected to balloon by as much as $300m (E268m) a year, once its two new casinos are open for business.

Three casino licences have been issued in the Bay State since 2011, when its residents voted in favour of the Expanded Gambling Act. Plainridge Park Casino opened amid much fanfare last summer, and this is due to be joined by MGM Springfield, a $950m (E849m) resort, in 2018.

Meanwhile, the Wynn Boston Harbour resort, a mammoth 33-acre, $200bn (E178bn) development – dubbed “the largest private single-phase construction project in the history of the Commonwealth of Massachusetts” – began construction in August, with a projected opening in 2019.

Spirits are high at Massachusetts Gaming Commission camp, with the group’s chair, Steve Crosby, projecting that each venue will bring in “easily” between $75m (E67m) and $100m (E89m) each year in tax revenues – paying a base rate of 25 per cent of GGR.

The commission has even gone so far as to outline to local media how the extra cash will be spent: 20 per cent of the additional revenue streams will go the surrounding cities and towns and local aid; another 15 per cent on transport; 14 per cent on community colleges; 10 per cent to pay down debts; and another 10 per cent on the state’s stabilisation fund.

However, optimism should perhaps be cautioned. As the domino effect of gaming liberalisation sweeps across the North East, the region is becoming somewhat saturated. This is not only tying up rivals in a series of legal and territorial disputes, but the dilution of footfall is beginning to drag down profits.

Plainridge Park was constructed on Massachusetts’ southern border, specifically to prevent the state’s residents from being tempted cross into Rhode Island to gamble at Twin River casino.

Crosby readily acknowledges that Plainridge Park’s performance has been below expectations, but rejects any notion of market saturation.

“[Revenues] are like 60 per cent of the projections,” Crosby said. “Everybody including Twin River, the competitor across the border 17 miles away in Rhode Island, projected that Penn would do more than it’s been doing. Exactly why it isn’t, nobody’s quite sure. Whether it’s that you can’t smoke or you have to be 21, we don’t know for sure what it is.”

Seven casinos now operate across four states in New England alone, and four more have either been licensed or proposed. Looking west, two more casinos are planned for upstate New York next year, and to the south, New York City’s slot-only racetrack casinos are eating into the profits of operators in neighbouring Connecticut – one of which is threatening further expansion.

“Overall, the market is continuing to grow,” said Clyde Barrow, a gambling industry expert, “But there will be a saturation point.”

Nestled at the epicentre of all this activity is Massachusetts. MGM and Wynn’s own research will undoubtedly have cleared the way for their investments, but neither firm has escaped legal disputes with adjacent states and operators.

That MGM is pulling out all the stops to block a new casino development across the border in Connecticut, belies its confidence. The point where supply meets demand could soon be a high-stakes reality for all involved.