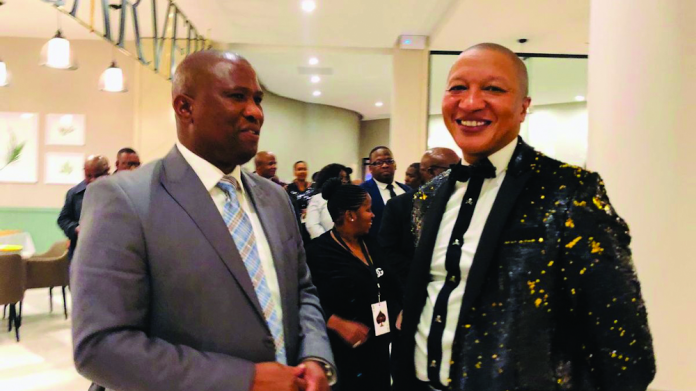 The new property marks the completion of Billion Group’s Mayfair development in Mthatha which also includes the BT Ngebs Mall and a four-star hotel.

The opening of the new casino sees the completion of the third phase of the Billion Group’s Mayfair development in Mthatha, Eastern Cape province’s third largest city.

Mayfair Casino and Convention Centre has more than 200 slot machines, along with live and electronic table games including roulette, blackjack and Raise ‘Em Poker.

“This project completes the vision we had for a world-class shopping and entertainment node in Mthatha,” said Billion Group CEO Sisa Ngebulana, who explained that the development aims to address the lack of entertainment facilities for “young professionals” in the city.

In addition to its gaming offering, the casino also features conference facilities capable of hosting up to 275 people, a bar area, and restaurants.

“It is always nice to get out of the hustle and bustle and come back to my roots in the Eastern Cape. To see such investment going back into a local community shows that it will keep growing from strength to strength,” said Ngebulana affirmed, speaking at Mayfair Casino’s opening this June.

The first phase of the Mayfair development saw the opening of the ZAR1.4bn ($101m) BT Ngebs Mall in 2015, followed by a four-star hotel two years later.

“A comprehensive mix of tenants, including retail, fashion, banking, homeware, health, sports and entertainment …ensure this development caters to all 478 000 households in the catchment area,” Ngebulana clarified.

“Before Mayfair Hotel, the hotels here were the same ones doing business when I left Mthatha some 30 years ago,” Ngebulana said. “My aim with Mayfair Hotel was to create affordable luxury – a four-star grading with the look and feel of a five-star establishment.”

Eastern Cape premier Lubabalo Oscar Mabuyane extended his congratulations to Ngebulana and Billion Group at the opening of the company’s latest venue.

“Billion Group has invested almost ZAR7bn ($504.8m) to date and created 12 000 jobs in the Eastern Cape through Baywest Mall and Casino, Mdantsane City, Hemmingways Mall and Casino in East London and BT Ngebs City in Mthatha.” he stated.

In May 2018 it was reported that Ngebulana is now planning to build 16 affordable schools over the next few years in poor and rural areas around the country. “It is my wish to build accommodation and entertainment developments along with the schools. It’s a form of uplifting communities with their own resources while providing employment,” he added.