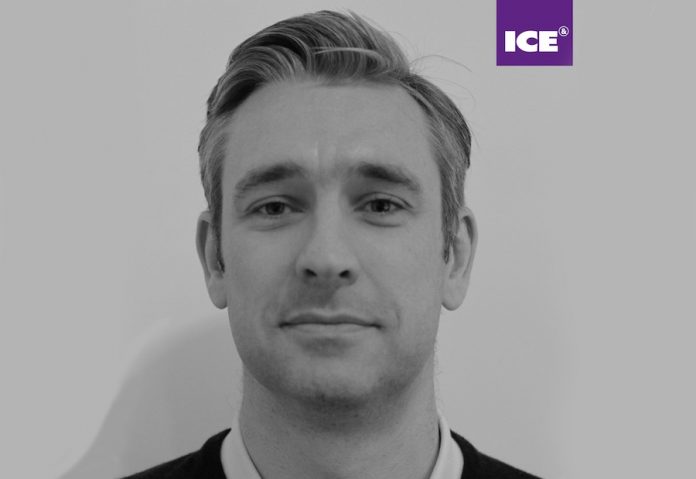 The eSports industry is here and it’s massive. Ahead of his appearance at the ICE VOX eSports Conference (Tuesday 6th February), John Parker, Board Director, M&C Saatchi, shines a light on a phenomenon which is projected to attract bets totalling in excess of $23 billion by 2020.

Can eSports really be described as a mainstream activity and what’s the evidence to either confirm or deny?

According to a Newzoo 2017 report, there is currently a Global eSports audience of 385 million which is projected to grow to 600 million by 2020. Of course, this is some way off the global audience for sports such as football, tennis, golf and rugby, but given the comparative lack of mainstream broadcast support this is a hugely impressive number.

It’s a new(ish) sport that has been organically growing over a number of years and in the last couple of years especially we’ve seen a real growth surge which has led to sponsors, broadcasters and the media in general sit up and take note. It’s not been an overnight success story, it just feels that way for those who haven’t been exposed to it previously.

As a mainstream sport, I can’t see many reasons why it wouldn’t be sustainable, the volume of gamers across the globe only continues to grow and increased exposure will increase that pool of talent. Also, games publishers are able to innovate and improve the gaming experience both for the player and the viewer much quicker than traditional sports can, so the ability to shape the product is something that can keep the games fresh and the experience exciting, not to mention the opportunities that presents for sponsors.

The sports industry is constantly trying to reinvent its core product to make it more appealing to a younger demographic, shorter formats, higher scoring games, more interaction between players and viewers, etc. eSports provides all of these: I have heard of one sports TV executive who took his two young teenage kids to a high profile football (soccer) match and couldn’t believe they were playing on their phones after 15 mins and ignoring the game. When he asked them why they weren’t watching the match, they simply stated that ‘we would’ve had loads of goals by now on FIFA’. While that’s only anecdotal evidence, the recent BBC Price of Football survey showed that only 37% of young people are actively playing football, while 61% play via a games console.

What sports are we talking about?

This is what many traditional sports sponsors struggle with. The biggest games in eSports aren’t actually based on sports at all. While sports titles like FIFA, Pro Evolution Soccer, Madden NFL and Forza are more recognizable as ‘computer game’ versions of traditional sports, they pale into insignificance when you compare them to the most popular eSports titles on the market at present.

The biggest of them all is League of Legends, a MOBA or multi-player online battle arena, where teams of players engage in short, sharp, frenetic battles using fantasy characters more akin to the works of Tolkien than the Premier League. To give you an idea of its size and scale, it regularly clocks up over 90 million hours watched via online gaming channel Twitch each month.

A close second to ‘League’ is Defence of the Ancients (DOTA) which again is a MOBA. League has been adopted by more amateur players and therefore can be considered the biggest eSports title, but in terms of prize money (an eye watering $86 million given away to date) and elite players, DOTA is a huge title in the world of eSports.

Away from MOBA titles, we have First Person Shooters and Team First Person Shooters – most people will know Call of Duty or for the older amongst us games like DOOM or the iconic GoldenEye 007. The biggest titles in this sub-genre are Counter Strike Global Offensive (CS:GO) and comparative newcomer Overwatch. The former is one of the biggest titles in the world, not just in terms of eSports but for amateur gamers as well, the short, intense team battle format is highly engaging for both players and viewers with the recognisable format of modern and historic warfare using weapons such as machine guns, grenades and pistols make this a hugely popular title. The new kid on the block, Overwatch, could rightly be considered a phenomenon. Within a week of launch, it had amassed over 7 million players and an astonishing 119 million hours of accumulated playtime. Since it debuted in May 2016, it has accrued over $1 billion in sales and is fast catching League of Legends as one of the most popular games on the planet.

An interesting game which has a devoted fan base is Hearthstone, a turn based, collectable card game, kind of like a fantasy based Top Trumps game. Given the rather bombastic nature of the MOBA and First Person Shooter titles mentioned above, this is a rather more calm, strategic affair but no less engaging for its fans. With around 50 million hours a month accrued in online views. Finally, another relative newcomer is the frankly bonkers Rocket League, basically football with rocket powered cars played in an arena that looks like the Robot Wars arena if it was designed by Daft Punk. It’s bright, it’s loud and there are lots of goals in it… did I mention it’s got rocket powered cars!?! But with over 10 million sales and over 29 million registered players worldwide, this isn’t a joke title.

Has it any chance of becoming an Olympic sport?

Based on the global audience and the ever present battle for the key 18-24 year old demographic, I can’t see how it can be ignored.

There will always be the argument that eSports isn’t a ‘real sport’ and it has no place in something as prestigious and sporting as the Olympics. I think that’s incredibly naïve. If it involves skill, dedication, physical exertion and entertains a watching public then, for me, it’s a sport. Of course, the levels of physical exertion for eSports professionals is going to be less than for those running the marathon or playing 70 minutes of hockey, but that’s the beautiful thing about the Olympics. There is a wide range of sports that appeals to a broad range of ages and demographics. If there is a place at the Olympics for Dressage, Skeet Shooting and Golf, then there is definitely a place for eSports.

I think its inclusion can only benefit the sector with more people realising how engaging and entertaining it can be, not to mention making it a far more investable option for sponsors, as Olympic inclusion can only help ratify its position as a sport.

When you say ‘age profile’, that is a common misconception about eSports and gaming. Yes, the vast majority of professional eSports professionals are under 23, but the average gamer is much older than this.

When it comes to consuming eSports, online viewing platform Twitch is probably the best indicator of a typical audience, with around 56% of its viewers aged between 21-35 and only 14% of its viewers aged under 21. Of course, every single sporting governing body has a responsibility to ensure that their sport is not used irresponsibly to promote products that are inappropriate for their demographic and eSports is no different.

For more information on ICE VOX and to register, visit: icetotallygaming.com/ice-vox