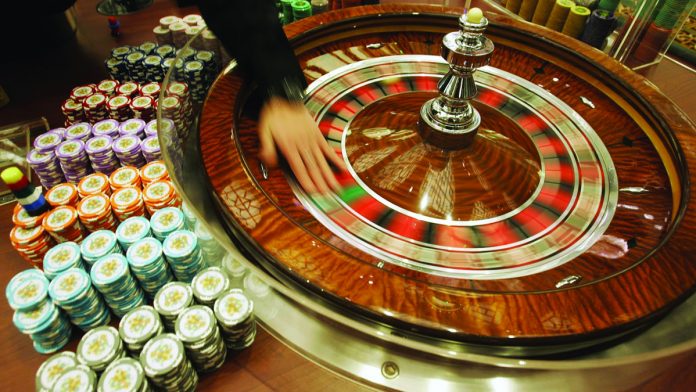 Making the headlines this month: Vietnam has taken a step closer to relaxing its gambling policy; Casino Canberra has received permission to install a range of new games; and the Riviera in Las Vegas has gone out with a bang.

[dropcap]I[/dropcap]n Vietnam, a long-awaited draft decree, which for the first time allows local residents to gamble in casinos, has been submitted to the government after seven years of compilation.

“We hope that this will be the last draft, already we have seen a lot of revisions before its submission in June,” Nguyen Huy Dat, deputy director of the Ministry of Finance’s (MoF) Lottery and Gambling Division, told reporters last month.

According to online news portal Viet- NamNet, since drafting began in 2009, the decree has been subject to enormous controversy over whether or not the country should allow Vietnamese citizens to play at casinos.

“We took these issues into consideration when we composed the draft. However, the final decision will be made by the government,” Dat said. Elsewhere, the Australian Capital Territory (ACT) government has extended semi-automated table games at Casino Canberra and allowed multi-games, so gamblers can play baccarat, roulette and sic bo at individual screens.

Previously, the casino was limited to rapid roulette as a semi-automated game, with the rest played only as traditional table games. The number of terminals has been increased, from 22 for rapid roulette, to 50 for the multi-terminal games.

According to the Canberra Times, the change comes as the government confirmed a reduction in staff in the ACT Gambling and Racing Commission, down 28 per cent on this time last year.

The government has also introduced legislation to allow interstate visitors to visit clubs without needing to be signed in by a club member, and to reduce the need for payout signs near poker machines.

“Canberra’s gambling arena has changed markedly in the past year, with clubs now able to buy and sell poker machines and the casino getting the green light for up to 200 pokies,” the newspaper said.

In the US, meanwhile, Las Vegas bid a bittersweet goodbye to the iconic Riviera in the early hours of June 14, as the historic hotel’s Monaco tower came crashing down to pave the way for expanded convention facilities.

“The 24-storey tower was imploded around 2:35am, preceded by a fireworks show and a countdown,” read a report in the Las Vegas Review-Journal. “A rumbling began, and the easternmost part of the tower began to fall first. The entire building ceased to exist in under a minute, and in the minutes that followed, the dust cleared, leaving a void on the northern end of the Strip.”