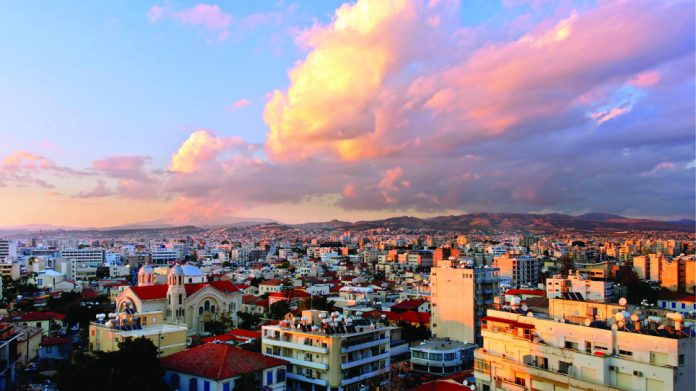 The Hong Kong-listed company has announced that Greek conglomerate Avax-Terna JV will oversee the construction of its EUR550m new IR.

Melco Resorts and Entertainment has awarded the contract for the construction of its new IR City of Dreams Mediterranean to the Greek conglomerate Avax – Terna JV.

The new resort – a joint venture between Melco Resorts and Entertainment and Cyprus Phassouri (Zakaki) Ltd – is scheduled to be completed by 2021.

“The awarding of this contract marks the official beginning of the construction of City of Dreams Mediterranean and demonstrates our on-going commitment to the project as well as to Cyprus,” said Melco chairman and CEO Lawrence Ho.

“I am confident given the experience and success of both parties to the joint venture, that Avax – Terna will deliver the project to the highest construction standards and will enable us to bring an extraordinary ICR to Cyprus.”

City of Dreams Mediterranean represents a total investment of €550m and will include a five-star hotel with luxury villas and 500 hotel rooms, in addition to 11 restaurants and cafeterias, and 9,600sqm of MICE facilities. The casino portion of the development will host 136 gaming tables and 1,200 gaming machines.

“City of Dreams Mediterranean is a large-scale project that will drastically change the entertainment and tourism industry of both Cyprus and Europe. We are honoured to be taking up such an important project and we will work to deliver a high standard of quality within the agreed schedule,” stated Avax chairman Christos Joannou.

The property will create an estimated 4,000 local job opportunities during the construction phase and approximately 2,400 permanent jobs once it is fully operational.

According to an economic impact study prepared by PricewaterhouseCoopers, the impact to Cyprus’ economy after the second year of the IR’s operation will reach approximately €700m per year, around four percent of the country’s annual GDP.

“Cyprus has all the prerequisites to enhance their reputation as a regional and global premium “must-visit” destination and emerge as a genuine point of reference for luxury tourism and responsible gaming.” Ho explained, speaking back in January. “The ICR will provide extraordinary benefits to Cyprus’ economy with a positive impact on the country’s GDP and in tackling unemployment”.

Avax – Terna is a joint venture which is 60 percent-owned by Avax, with Terna controlling the remaining 40 percent stake. Both companies have a long history on Cyprus and are publicly traded on the Athens Stock Exchange.

Avax has been active in Cyprus since 2006 with large-scale projects such as the new Stelios Ioannou University Library of the University of Cyprus and the Limassol Marina. Terna – part of the GEK TERNA Group – recently completed the first phase of Ayia Napa Marina revamp project for which it also won the bid for the second phase of construction.

Meanwhile, Melco’s temporary casino in Limassol and satellite casinos in Nicosia and Larnaca attracted 470,000 customers who gambled a combined €210m from June to December 2018, according to figures from the Cyprus Gaming Commission.

The commission told the House of Representatives’ Ethics Committee that during this period, €175m was paid out in winnings while the operator made €35m, paying the state €5.25m in tax.

In terms of visitor demographics, 80 percent were Cypriot, five percent Israeli, four percent Greek, and 11 percent from other countries.

While domestic visitors continue to comprise the majority of the country’s casino market, Gaming Commission chairman Christos Mavrellis stated that the regulator expects to see around 300,000 tourists per year once City of Dreams Mediterranean opens.

In line with this, Theofanis Tryfonos, deputy director general of the Deputy Ministry of Tourism, told the Committee that his department expects to see a significant increase in tourist footfall when the casino resort opens.

Mavrellis also confirmed that a tour operating company had expressed interest in bringing foreign tourists to the existing casinos, and suggested that the properties had contributed to lowering capital outflows to Turkey and other surrounding countries.

Melco is currently looking for employees for its third satellite casino on the Mediterranean island, which will be located in Ayia Napa, and is scheduled to open this summer.

The company has hired over 800 people on Cyprus since it opened its first temporary casino in Limassol last year, and is aiming to fill 35 positions at the new property.