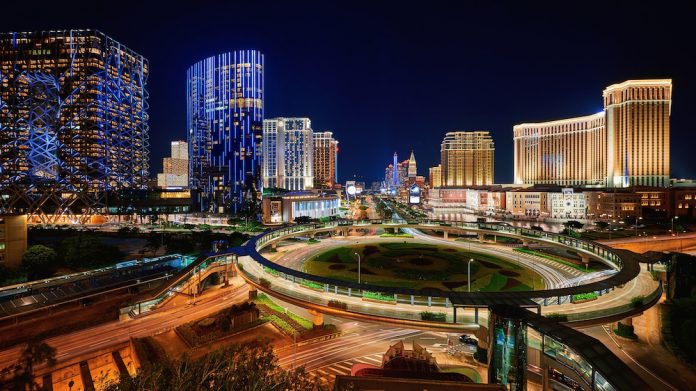 Melco Resorts and Entertainment saw a decline in both net revenue and income during the third quarter, which the company attributed to a change in accounting methods, however it acknowledged that the trade war between the US and China is impacting the VIP and premium mass segments.

Melco Resorts and Entertainment reported a revenue and profit decline in its Q3 results after a difficult quarter for the VIP segment.
Melco’s net revenue for the third quarter of 2018 was $1.2bn, representing a decrease of approximately 11 percent from $1.3bn in the same period in 2017.
The company’s net income fell to $9.6m, compared with $115.9m in the third quarter of 2017.
Melco attributed the decrease in net revenue to higher commissions reported as a reduction in revenue following the company adoption of a new revenue recognition standard issued by the Financial Accounting Standards Board.
“During the third quarter of 2018, Melco delivered solid performance provided by robust mass gaming revenue growth at City of Dreams and Studio City, despite the temporary citywide suspension of all gaming operations during the super typhoon,” said Melco’s chairman and CEO, Lawrence Ho, speaking during the company’s Q3 earnings call.
Since its opening in June, the company reported that the Dame Zaha Hadid-designed Morpheus hotel has received an “overwhelmingly positive reception” from guests.
“The positive reception of Morpheus has helped spur VIP and mass gaming volumes at City of Dreams, with quarter-over-quarter increases of 17 percent and 13 percent, respectively, during the third quarter,” Ho added.
Despite this revenue at City of Dreams fell to $600.9m compared to $715.9m a year earlier. Mass gaming table drop was higher, but VIP revenue was affected by a low win rate.
Ho explained that the addition of Morpheus marks the beginning of the relaunch of City of Dreams.
“We are upgrading our VIP gaming spaces that are expected to open over the next six months. We will also commence the rolling refurbishment of the Nüwa after Chinese New Year 2019 and the redevelopment of the Count:Down in the second half of 2019 into a new, luxurious, ultra-cool hotel – Libertine,” he continued.
The company is also in the process of introducing more non-gaming facilities at Studio City, including Elekron, Asia’s largest virtual reality zone.
During the call, Ho acknowledged that the VIP and premium mass segments in Macau are feeling the impact of the trade war between the US and China.
“In terms of VIP, certainly, and talking to our junkets and even with all the direct VIP program, we are seeing some weakness compared to the growth that we were seeing at the first two quarters of the year,” he conceded.
“In terms of premium mass, again, …in terms of the average spend per visitor, it’s not what it once was. And I think that is to be expected, given the current tension in the trade war.
“But at the same time, …mass is still very strong. We’re cautiously optimistic for the short and midterm and super bullish for the long term.”
Over in the Philippines, growth was also showing signs of slowing down during the quarter, with net revenue at City of Dreams Manila coming in at $141.7m compared to $148.2m in Q3 2017.
Ho emphasised that Japan continues to be a major focus for the company. The Japanese government passed the Integrated Resorts (IR) Implementation Bill back in July, opening the door for operators to bid for three IR licences.
“We’re also devoting a significant amount of resources on international expansion, with a strong emphasis on Japan, which we have always viewed as the most attractive integrated resort opportunity globally outside of Macau,” he stated.
“The licence bidding process may start in 2019 or 2020, and we’re gearing up for this process. We believe we are well placed in Japan, with a strong local team actively working on the ground engaging with the relevant stakeholders.”