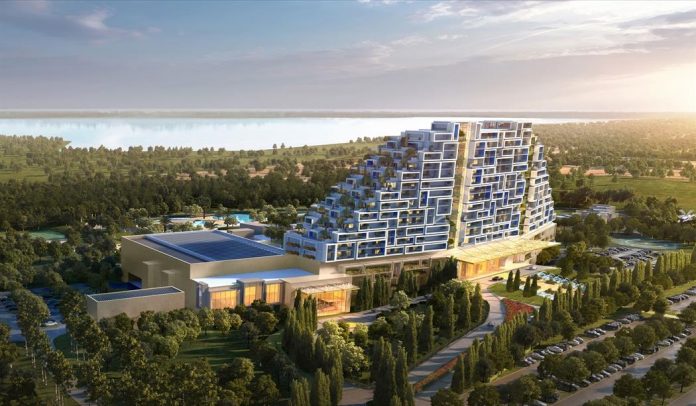 City of Dreams Mediterranean is aiming to capture visitors from the UK and Russia, but an uncertain geo-political situation could mean Melco will have to look to develop tourism from further afield suggests GBGC’s CEO, Warwick Bartlett.

Melco Resorts has announced that its new E550m resort development, City of Dreams Mediterranean – currently under construction in Cyprus – will seek to attract visitors from the Middle East, Russia, the UK and eventually Asia in order to fill its gaming tables and hotel rooms.

At present the tourism market in Cyprus is highly seasonal with a strong correlation between average temperatures and visitor numbers.

City of Dreams Mediterranean, therefore, will need to act as a catalyst both for new visitors and to extend the holiday season beyond the summer months.

The UK accounted for 34 percent of visitors to Cyprus in 2017, the largest share of any country. But when GBGC assessed the market a few years ago, the UK tourists that GBGC observed during a week-long visit did not have the profile of high-end, sophisticated gamblers.

Russians made up 23 percent of visitors in 2017. GBGC’s recent experience on other European casino projects, however, has shown that the high-end Russian consumers have been hurt by economic sanctions, particularly when it comes to buying overseas assets.

Similarly, many sophisticated consumers from the Middle East tend to visit London during the summer months precisely to avoid the heat that Cyprus offers at that time of year.

The first phase of the main resort is due to open in 2021 and the geopolitical situation will have changed by then but not necessarily for the better.

For example, if a Corbyn-led Labour government is in power in the UK, the threat of capital controls – which has been hinted at – could reduce UK tourists visiting Cyprus, depending on the extent of the restrictions.

With this in mind, the Gulf States (one percent of 2017 Cyprus tourists) and China (0.1 percent) will have to become key markets for the City of Dreams Mediterranean in the next decade.