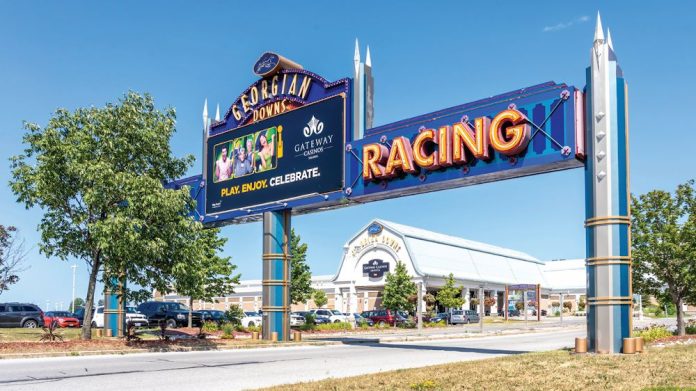 Continuing the trend of industry acquisitions and consolidation into the new decade, the merger of Leisure Acquisition Corp. and Gateway Casinos and Entertainment is expected to put the operator on a path to further growth as it waits to be listed on the New York Stock Exchange.

Gateway Casinos and Entertainment is optimistic its properties bode well for future growth as the operator prepares to merge with Leisure Acquisition Corp. to create a new $1.12-billion public company. The Vancouver-based company, majority owned by The Catalyst Capital Group, continues to expand and diversify its revenue stream as it has done over the last decade, investing in property expansions, relocations, renovations and deployment of food and beverage offerings.

The disciplined execution of this strategy has impressed Leisure, a special purpose acquisition group based out of New York, with its CEO and incoming vice-chairman Daniel Silvers acknowledging the operator has been on his radar since the blank check company’s formation in 2017.

“We had our eyes on Gateway almost immediately following the closing of our IPO,” he said during an investor conference call on 7 January. Over the past six years, Gateway has doubled its properties, more than doubled its gaming tables, and almost tripled its number of slot machines across its British Columbia and Ontario venues, adding 56 food and beverage outlets in the process.

The company now operates 14 venue in its home province, with 11 in Ontario and two in Alberta – all under four property brands, with five proprietary food and beverage brands also developed.

“For each of our properties, we have focused on creating a gaming and entertainment destination that caters to the local community,” said Gateway president and CEO Tony Santo, who is set to retire once the merger is finalised, giving way to Leisure director Marc Falcone.

Of all these communities, Ontario’s relatively large population and limited gaming supply make it the province with the greatest growth opportunity. “To attract and engage our primary local gaming customers, we deliberately set a strategy to bring together U.S.

Our properties have been strategically branded according to the market size, market growth potential and local community character. “Central to our strategy of attracting new and casual players to our properties are proprietary food and beverage brands.” While merging with a US-based firm, Gateway will keep its focus firmly on Canada, specifically British Columbia and Canada, with the operator looking to offload it’s Alberta properties, Starlight Casino Edmonton and Grand Villa Casino Edmonton.

“Gateway is solely Canadian-focused now and we think the Canadian business model is a terrific model. We’re also quite aware that there are various assets which from time to time may become available more broadly within North America,” said Silvers, hinting that a foray across the border was not entirely off the table.

If the deal closes in the second quarter of this year as expected, the merged firm will become a new unit of GTWY Holdings, Gateway’s parent company, and be listed on the New York Stock Exchange.

HG Vora Capital Management is anchoring the merger by agreeing to a $30m equity commitment in the new entity, adding to the hedge-funds existing $100m position in Leisure. A familiar name to the industry, HG Vora also holds shares in Eldorado Resorts, Penn National Gaming, The Stars Group, and Twin River.