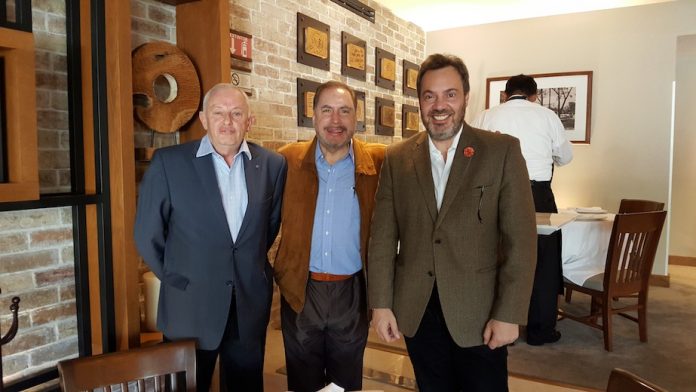 The Gauselmann Group’s Merkur Gaming subsidiary in Mexico has announced its full membership to the country’s AIEJA trade association.

Having achieved considerable success as one of the major gaming equipment suppliers to Mexico’s casino and gaming industry, Merkur Gaming Mexico has confirmed that it has become a full member of the country’s most active trade association, AIEJA.

AIEJA is the nexus group for many of Mexico’s current license holders, operators and suppliers and is dedicated to promoting, through bringing to reality the long awaited new gaming law, an industry that presently supports more than 38,000 direct and up to 140,000 indirect jobs and which is a major contributor to Mexico’s Federal tax revenues.

Founded in 2009, AIEJA has campaigned in favour of the Federal Betting and Raffles Law that passed through Mexico’s lower house in late 2014 but which has since then been in limbo and has yet to be fully brought before the government’s upper house, the Senate.

The President of AIEJA, Dr. Miguel Angel Ochoa Sanchez, warmly endorsed the membership announcement of Merkur Gaming Mexico, stating: “As AIEJA works towards its aim of helping to create a fair, transparent and even more successful gaming industry in Mexico we welcome the input, participation and expertise of leading companies such as Merkur Gaming.”

General Manager of Merkur Gaming Mexico, Ronnie Ferreira, has extensive experience of the gaming industry in the country and he is convinced that the new law will bring tremendous benefits. He stated: “Mexico has waited a long time for the implementation of a new law. When it will arrive is by no means clear but, in the meantime it is vital that AIEJA continues to strongly make the case that legal clarity is vital in order to move our industry forward as a vibrant sector of the overall entertainment industry and so to create more jobs and more wealth in the future. Merkur Gaming Mexico, as a leading supplier company, will give its support in assisting AIEJA as the Association seeks to campaign for an even brighter future for gaming in Mexico.”