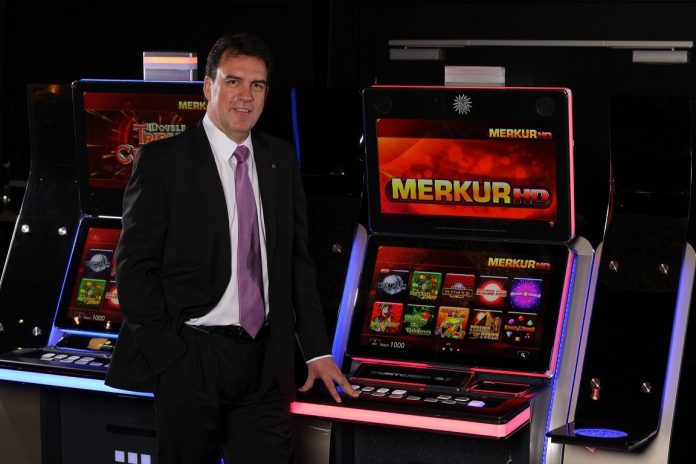 [dropcap]I[/dropcap]nternational Casino Review: Are you looking forward to Juegos Miami and what are your hopes and aspirations for this new event?

Charles Hiten: Merkur Gaming is positive that Juegos Miami will provide a really great showcase for the ever growing expansion of our brand and our teams across Latin America. This promises to be a unique event: not a trade show, not a conference, not a networking opportunity with a strong social aspect… but all of those things wrapped into one package. As a concept it is exciting and – as I said – unique: so we are very much looking forward to meeting with the invited guests and showing them our product offering.

ICR: The organisers spent over 12 months talking to the market before developing the unique format for Juegos Miami. ­Is this bespoke approach to developing events for the gaming sector something that you welcome?

CH: Timely, in depth discussions between event organisers and the exhibitors are always welcome. Those discussions and the exchange of ideas that they bring can only be to the benefit of those who really matter: the attendees. Clarion Events host the biggest and best gaming show on earth, ICE Totally Gaming, so when they add the additional experience and knowledge of their US partners, Urban Expositions (organisers of the recent successful NIGA event) the pedigree for Juegos Miami is certainly well established.

ICR: How would you assess the attractions of Miami as a host city?

CH: Having Miami as the host venue was at the heart of the concept that developed into Juegos Miami. The name says it all – and the attraction of Miami as a destination is, for Latin American visitors, a powerful draw in itself. As one gaming luminary once described it: “Miami is a great place to visit… it is one of the greatest Latin cities…and it is really close to the United States!”

ICR: Where do you see the big wins occurring in Latin/South America?

CH: The entire Latin American continent is a gaming hot spot. You can judge that not just by the appetite for gaming entertainment but also in the ever increasing sophistication of the market, at all levels: operators and players alike.

ICR: You had representatives from your Latin American subsidiaries at ICE. Was that a productive experience?

CH: ICE is a global event and so we planned to have representatives from all of our business areas in London. We were, however, very pleasantly surprised by the number of visitors that we received from all across Latin America. Our various teams all reported being exceptionally busy throughout the show and that definitely helped to create the buzz around ICE that has already been widely reported.

ICR: Whilst ICE is a major international gaming event, do you think it’s important that the industry also has smaller, dedicated regional events such as Juegos Miami?

CH: Historically there have always been a small number of what we can describe as global trade shows: ICE, G2E in Las Vegas and G2E Asia in Macau being the current examples. As well as these far reaching events we all know that there are also many, many events that are smaller in size but no less important in terms of what they provide to the industry in their particular catchment areas. Therefore, these events have to be market specific: they have to bring added value to the markets they serve. Juegos Miami is a case in point. The concept of the event is to bring together, in an ideal and attractive location, all the various elements of the Latin American, Central American and offshore (cruise ship) gaming industry – and through the exchange of ideas and experiences, add value to the whole region. That represents a huge challenge but, given the global experience of the promoting organisation, it is a challenge that can be met.

ICR: Do you design for the idiosyncrasies of various markets? How do games for Europe, for example, differ from those for LatAm?

CH: As we just discussed in relation to trade shows, the worldwide gaming industry is diverse on all its levels. Therefore the challenge for manufacturers is to innovate and produce gaming attractions that are market specific. So game design must always start with market knowledge.

ICR: What are the dominant player preferences? Time on device players, gaming entertainment players or avid players? What effect does that have on the volatility characteristics of a game and what legal requirements apply?

CH: Only with that knowledge can game design actually begin. The magic of the game designer’s art is in combining every element of the particular market’s requirements and preferences – and that is as true of Latin American markets as anywhere else. How does Merkur Gaming do that? By having the very best design team and by marrying their creativity with the many years of gaming experience and market knowledge gathered by being an established market leader. Gaming trends, particularly those of the slot machine market, change frequently. Gaming, at all levels, has the ability to take on the characteristics of a chameleon, re-inventing itself in order to provide ever greater gaming entertainment and satisfy the demands of players for games that provide new thrills and new dynamics. For designers, that challenge is their motivation. Rising to that challenge is their reward.

ICR: Does the German reputation for excellence in technology and engineering give you enhanced traction across all export markets including those in South America?

CH: The global reputation of the Made in Germany brand remains as strong as ever. One of Merkur Gaming’s cornerstones is the solid excellence of its products and the respect that those products have achieved around the world. The progress of Merkur Gaming in Latin American gaming has been and continues to be remarkable. That is something on which we will continue to build as we expand our activities in a market that is hugely competitive but also one that provides enormous potential for our future growth.