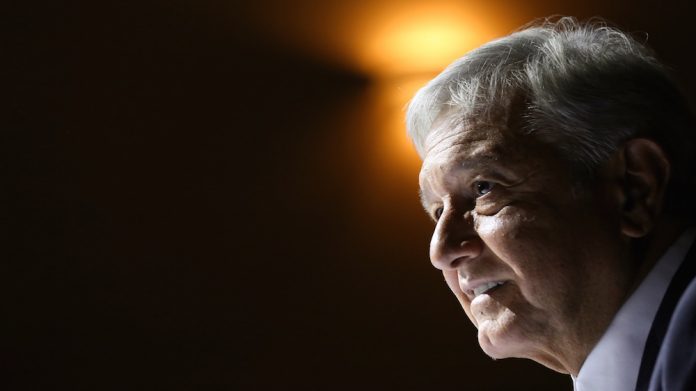 Andrés Manuel López Obrador’s victory in the Mexican elections on 1 July will mark a sea change for Latin America’s second-largest economy, as the country’s first self-described leftist president for decades takes the helm.

The populist candidate, known by his initials, AMLO, seems set to shake up the political status quo when he takes office on 1 December, but what could be the shape of things to come for the country’s gaming industry?

“It is still early to consider what position López Obrador will take regarding the gaming industry during his six-year presidential term,” said Rodolfo Barreda Alvarado, a lawyer at Basham, Ringe y Correa. “Although, with reference to this type of subject, the president elect is [known to be] conservative in his views.”

Gaming legislation in Mexico dates back to the Betting and Raffles Law of 1947, which banned casinos and gaming throughout the country, although a later amendment opened up the market for sports betting, bingo halls, and slot parlours.

“We don’t consider that there will be any new regulation, most likely the industry will continue with the same legislative framework that it’s had so far and the same inertia that it has experienced up until now,” Barreda Alvarado continued.

Characterising the current legislation as “anachronistic”, he explains that while gaming concessions were extended during Vicente Fox and Felipe Calderón’s presidential terms, their governments failed to develop a cohesive public policy regarding gambling.

“One of the first steps president Enrique Peña’s administration made was to try to put in order and control the innumerable permits that had been granted by previous administrations,” he added.

“Nevertheless, the most recent bills to regulate the gaming industry originated with a legislature that will shortly conclude its term, and in our view its unlikely that they will now be approved.”

Given that the government has also shown a lack of urgency in addressing emerging sectors such as iGaming, José Luis Benavides, an attorney and former PVEM candidate to the National Congress, argues that “Mexico comes last place” in the region in terms of gaming regulation.

“A new gambling bill was approved in the Chamber of Deputies in 2014, and was tabled for discussion in the Senate in 2015. This which never happened and the bill was left in legislative limbo,” he clarified.

“The conditions don’t exist [for any legislative change], nor is the government interested in addressing a topic that is so politically unprofitable.”

Benavides contends that going forward, the gaming industry is unlikely to be a priority for the new government. “In a best case scenario [operators] will be able to continue as they are,” he added. “The Mexican gaming industry feels comfortable with the lack of regulation.”

Taking a more nuanced position, Cristina Romero de Alba, a partner at Loyra Abogados, suggests that as things stand, in terms of the business opportunities for gambling operators, Mexico is “something of a dark horse”.

“While everybody thinks that the regulation is really old and very limiting, the truth is that the regulatory situation remains very flexible for that same reason,” she stated. “There’s still an opportunity there, it’s a booming market and there is a lot of gambling in Mexico.”

That said, López Obrador’s known opposition to casinos, paints a less than promising panorama for the prospects for the gaming industry following his election victory.

While, in a best-case scenario, even without new legislation, the industry may continue operating within its current legal framework, AMLO could also chose to crack-down on gambling.

During his tenure as mayor of Mexico City in 2005, López Obrador asserted that “there is no need to allow casinos”, responding to a proposal that expanding the casino industry would contribute to economic development and create jobs. He added that the decision not to legislate for casinos “instead of hurting us, benefits us”.

In light of this, Miguel Ángel Ochoa Sánchez, president of casino trade body, Aieja, concedes that Lopez Obrador’s anti-gambling stance “could be an issue”.

“With Andrés Manuel López Obrador …given that he’s a populist, it could be that he supports the gaming industry or it could be that he does what Lula did in Brazil and takes steps towards cracking down on it. So with him it’s really up in the air,” he stated, speaking to Casino Review back in February.