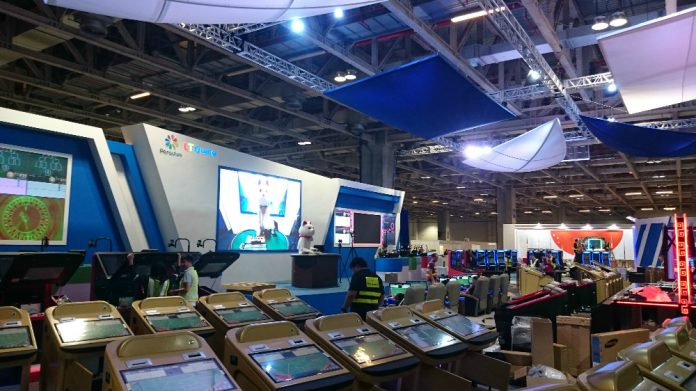 The MGEMA trade association has confirmed the longevity of MGS with renewed investment and expansion on agenda ahead of the show’s opening ceremony.

[dropcap]T[/dropcap]he Macau Gaming Equipment Manufacturers Association (MGEMA), one of the region’s largest trade bodies and owner of the MGS Entertainment Show, will confirm at today’s (Tuesday 15 November) opening ceremony that the rapidly expanding international exhibition and summit will go forward with a major investment and expansion program. Jay Chun, Chairman of the organisation, will deliver the key message about the show’s long term plan when he officially declares the 2016 edition of MGS open for business.

Ahead of the declaration, MGEMA officials will be joined on the ceremony platform by representatives of the Economic Affairs Office of the Liaison Office of the Central People’s Republic, the Macau SAR government, government agency and sponsor the Macao Foundation, the show’s co-organising groups and senior figures from Macau’s entertainment and gaming industry.

During his opening speech, Mr Chun will confirm the association’s long term backing for MGS and its associated summit, and draw reference to the exhibition’s commitment to extending its remit by supporting the region’s objective to diversify its economy.

In his commentary, Mr Chun will declare: “This year is a watershed for MGS. It will continue to deliver the platform for innovation and creativity; the floor for trade between companies across the globe; the forum for the exchange of ideas that drives technology and investment. But we are a show of aspiration: MGS is not just an event – it’s a representative movement which draws its inspiration from the businesses and people that bring important employment, income and opportunity to so many communities.

“It’s important that we become an all year round event – developing the trading exchange beyond these three days. Developing business that moves the gaming and entertainment industry to new levels. And more importantly, a business movement that recognises its role in building the economic infrastructure that keeps technology, creativity and community at its heart. And this means investment trading relations, pioneering products, fresh and creative ideas – and that must be reflected on our showfloor and through every outlet that we as a show and a trade body have at our disposal.”

The MGEMA chief will pay special tribute to the support of the Macau SAR Government and the various departments who have played a crucial role in the show’s development, as well as the Economic Affairs Office of the Liaison Office of the Central People’s Republic. “Macau is a city in transition. It has a clear mission to develop into a tourism and cultural hub, with an infrastructure that fits a major 21st century destination.

“MGS will reflect this ambition: over the next 5 to 10 years, we will build a show, a trade association and a business network that takes the entertainment and gaming industry on to new levels. Innovation, technological development, creativity, vision and responsibility – these will be the driving forces behind the show’s objectives in the coming years. Macau and Asia is a vast market of opportunity, and MGS will serve as that gateway. The exhibition will develop and evolve – just like the economic model of Macau – into an all-encompassing, broad based show delivering every element that our business needs. Finance, investment, top grade engineering and manufacturing, cutting edge technology, creative games and entertainment and top notch hospitality. “It may be a few years ahead, but this is where the MGS Entertainment Show is heading. And with increasing visitors, increasing exhibitors and the key support of Government and Macau’s top business, this vision is certainly attainable. We had already set our sights on becoming the number one show in Asia, but our aspirations go further than that. MGS is a show owned and run by the industry, there is no reason why we cannot stand side by side with the exhibition leaders in the world.”

For more information on the 2016 MGS Entertainment Show and the associated Summit, visit www.mgsentertainmentshow.com