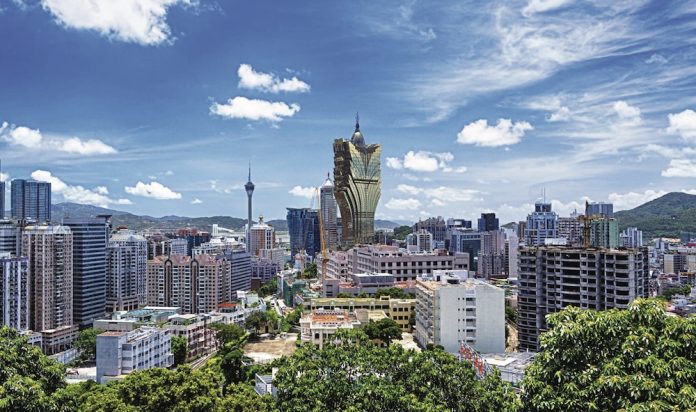 The Macau Gaming Equipment Machine Manufacturers Association represents a membership that arguably delivers the largest gaming revenues anywhere on the planet. Marking its fifth anniversary this summer, the association has made significant progress in its short life-span, but this year has seen a bolder direction on its agenda. With so much change on the Macau horizon, driven through both the SAR Government’s economic diversity plan and Beijing’s far-reaching Belt and Road Initiative, the MGEMA believes a new model is needed in the gaming capital of the world. And it’s one, they hope, will drive the city’s economy forward. The MGEMA’s General Committee explains.

For many years, Macau has recognised the need for a more diverse economic model, a model that will move the city forward towards its goal of a business, entertainment and cultural centre.

Gaming will undoubtedly pay a key role in this, primarily through its financial contribution. But change and modernisation are necessary to facilitate this.

Over the recent months, our industry has enjoyed a reversal of fortunes, and whilst it would be chancing fate to call it a full recovery, it is definitely a bounce back.

However, there is one crucial lesson to be learned from the past downturn – we cannot rely on unreliable market forces to keep this forward momentum moving.

It is imperative that our industry is able to maximise the benefits of this economic shift – not just for our own businesses and workforce. It is crucial for Macau itself. We have seen from the sustained period of decline just how important the gaming industry has become to the economy. When we struggle, the city struggles and that is a reality that needs to be altered.

Macau’s future sustainability is dependent as much on strong industrial bases as it is on a diverse economy. To deliver this transformation, the gaming equipment sector needs new rules, new visions and new methodologies.

The world economy remains in a fragile position and the MGEMA firmly believes that these challenges can best be combatted by a strong gaming industry. Strong, not in terms of dominating the city’s economic balance, but in terms of delivering increased revenues that will help modernise its infrastructure; increase employment and raise the number of highly trained and skilled workers; build Macau into a manufacturing and technology hub for the region; and open the door to becoming an international trading route for the industries and services that support a destination capital on the world stage.

This has inspired the framework of our recent proposal for a radical restructuring of the gaming sector in Macau which we lodged with the SAR Government early this year.

To build Macau into a Smart City; a manufacturing city; a destination city, the MGEMA has devised a 4- point plan to transform the gaming landscape and help raise the revenues for a better, bigger and more diverse Macau: 1. to afford the industry the same status as the MICE, culture and creative sectors 2. to increase the proportion of Made in Macao gaming equipment in local casinos to no less than 50pc 3. to operate a leasing/revenue share model for gaming equipment rather than a purchase model 4. to broaden the number of Government initiatives to promote the development of local businesses in the gaming equipment sector.

For a domestic industry that has remained largely unchanged for decades, these proposals will help accelerate our economic and technological pace and guide the city into a new era of increased revenue, a new perception and a modern relevant response to a changing economic model.