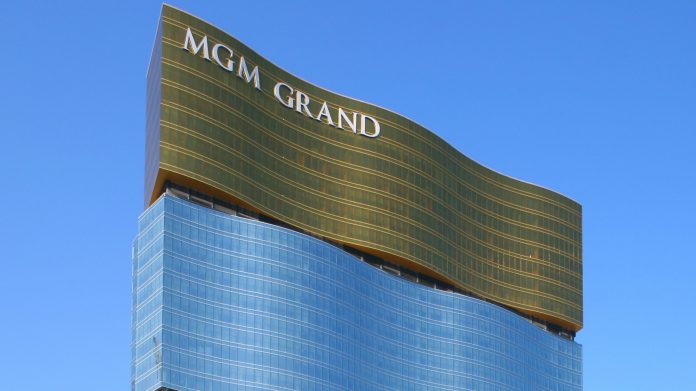 Licensing delays mean that MGM Cotai could get the Year of the Dog off on the wrong foot, missing the Chinese New Year, while analysts suggest that the smaller size of the property’s hotel rooms and its lower number of tables could lead to a slower ramp-up.

The opening of the $3.4bn MGM Cotai has been delayed once again the Macao Government Tourism Office (MGTO) – the body responsible for authorising hotel operations in the territory – has confirmed.

The MGTO says it is yet to issue the operating licence for the property, which has already pushed back its opening three times, while MGM China has acknowledged that the opening of MGM Cotai has been delayed until February.

“While still undergoing government approval process, we are now focusing on our grand opening within the month of February,” the company said.

Maria Helena de Senna Fernandes, director of the MGTO, said on 31 January that the body could not guarantee that MGM Cotai will have its hotel licence ahead of the Chinese New Year period, which falls on 16 February.

“This process is not just related to us,” Senna Fernandes stated, speaking to local media. “We are still waiting for the assessment reports from other departments involved in the process. If everything meets the required standards, we can move forward with the inspection and, eventually, issue the [hotel] licence.”

The property “ramp-up” of MGM Cotai could be slower than that registered for other properties previously opened in Cotai, Morgan Stanley analysts said in a report on 31 January.

According to the note, the smaller size of the property’s hotel rooms, its lower number of tables and opening delay could lead to lower EBITDA than values registered by the Wynn Palace and The Parisian.

“It is important to note that early impressions of the casinos have not been accurate in predicting the eventual success of a casino, but even so, many investors found this resort underwhelming,” the note stated.

The property is to open with 177 mass tables, including 12 direct VIP tables and 65 premium mass tables, with 77 tables being transferred from its Macau peninsula property, after having only being awarded 100 starting tables

by the Macau government. MGM Cotai will also offer 1,400 rooms with an average

size of 40 square metres, which Morgan Stanley analysts said is a “bit smaller than the usual high-end hotels in Macau”.

Meanwhile, the recent announcementthatjunket operatorMeg-StarInterna- tional will operate a VIP gamingclub at MGM Cotai appears to be a reversal on earlier statements that initially the property would focus solely on the mass market.

“MGM is a new player on Cotai and will need to compete aggressively for this market,” stated Glenn McCartney, associate professor in International Integrated Resort Management at the University of Macau.

“Junket business is a key factor to revenue success on Cotai’s projects. They are a major part of casino revenue business and VIP revenues are again rising.”

Market analysts suggest that the move is a tacit recognition that despite the Chinese government’s much-ballyhooed intention to transition Macau towards a general tourist destination in the mode of Las Vegas, VIP remains the real driver.

“It’s rather obvious, isn’t it, when the very healthy industry growth has and is being driven by the VIP segment since August 2016,” contended Ben Lee, managing partner at Macau-based IGamiX Management and Consulting.

“Look at Studio City before they introduced their VIP rooms. Go back further and look at the former Crown, now Altira, again before they focussed on the VIP market.

“When the number of mainland Chinese visitors to Macau are carefully monitored to avoid overcrowding, there is no significant short term growth potential from the mass.

“Couple that with ongoing efforts to crackdown on Unionpay as a channel for withdrawing funds from China, the so called mass narrative is one of political desire which does not necessarily translate into reality,” he added.

NON GAMING AMENITIES COULD GIVE MGM COTAI A BOOST

Ben Lee suggests that MGM China could be on the right track in providing a broad range of non-gaming features to increase MGM Cotai’s mass appeal.

“Wynn discovered that Cotai is quite a different proposition to the peninsula,” he explained.

“The player profiles were different.

“Not only was the database different, the players who frequent the peninsula properties were also quite difficult to motivate to move over to Cotai.

“The simple reason is that once they step outside the Cotai properties, there are no myriads of value or authentic local and regional restaurants just outside the front doors, nor are there the usual entertainment outlets.”

He acknowledged that while MGM Cotai will probably face the same issues as the Palace, the company has tried overcome this by incorporating “more internal free attractions to overcome these issues”.