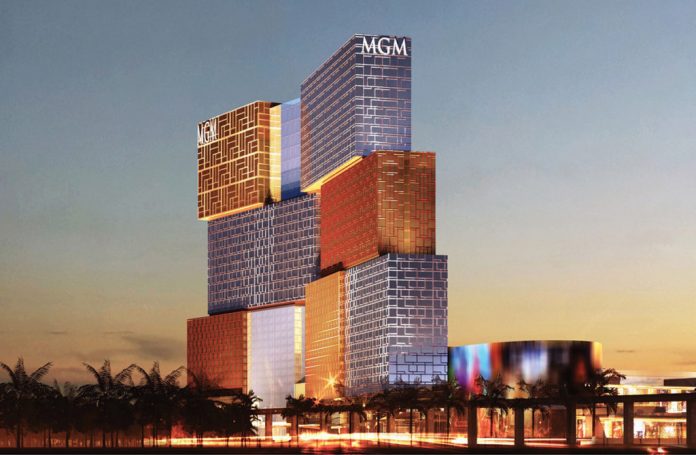 The 1,390 room facility, offering 100 new to market tables and 77 tables relocated from MGM Macau, opened the eve of the Lunar New Year,to capitalise on holiday spending.

Despite not currently offering space to the lucrative VIP market, expected after a 29 table game addition in January 2019, or the mid-2018 opening of 27 mansion villas, MGM China CEO Grant Bowie added the staggered opening was in line with visitor expectation.

“Every time a new property opens, it normally would create an upward inflection in the visitation. But the reality we’ve also seen is that these properties took a little bit longer to ramp up than the previous.”

“Clearly, when you have invested $3bn, you can’t leave Macau.”

Promising to “try to deliver on that strategic transformation that the government has set down,” Bowie stated MGM would focus on “diversifying and allowing Macau to become more than just a gaming town.”

With gambling providing 80 percent Macau’s revenue, increased concern from Beijing on market reliance has lead operators to champion versatility, with MGM Cotai’s casino covering only 10 percent of the resort’s floorspace, beside a luxury spa, $12.7m art collection and 2,000-seat theatre.

However, with the future of casino gaming still unconfirmed by the Secretary for Economy and Finance, MGM may need book in a blockbuster of a theatrical season.