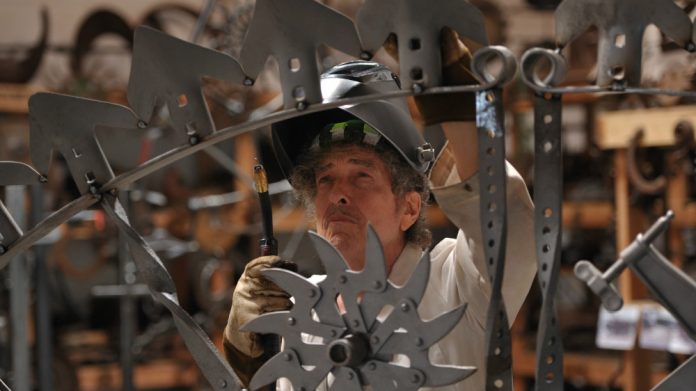 Legendary folk singer and musician Bob Dylan has been commissioned by MGM Resorts to create the entrance for its new National Harbor resort.

[dropcap]T[/dropcap]he design team at MGM’s $1.3bn (E890m) National Harbor resort in Maryland can now count one of America’s most popular artists amongst its ranks: with the news that folk musician Bob Dylan is fashioning a bespoke wrought-iron gate for the property.

The sculpture will be set in place at the National Harbor’s west entrance to welcome visitors upon its opening later this year.

Dylan claims to have been interested in iron sculpture since childhood – but his ironwork only received its first official public outing in 2013, when his exhibition Mood Swings was featured at London’s Halcyon Gallery.

MGM Resorts says that it subsequently approached the songwriter with a commission to create the National’s Harbor’s entrance. Dylan agreed – and his subsequent work will, the operator claims, feature “hand-selected unique objects” to create “a stunning composition into a soaring archway.”

The work, simply titled “Portal,” will span 26-feet by 15-feet, and will constitute the first permanent instalment of a Dylan artwork in a public space.

Mr. Dylan is undoubtedly one of the greatest musicians of our time, but his incredible metalwork sculptures are a testament to his creative genius and ability to transcend mediums

“Mr. Dylan is undoubtedly one of the greatest musicians of our time, but his incredible metalwork sculptures are a testament to his creative genius and ability to transcend mediums,” said MGM chairman and chief executive Jim Murren. ”As a company founded upon entertainment, we’re truly inspired by artists who channel their energy into diverse paths. We’re proud to collaborate with Mr. Dylan and bring his vision to MGM National Harbor’s Heritage Collection in a way that enhances this sensory resort experience.”

Meanwhile, Dylan himself said that the prospect of creating a gate rang particular philosophical resonance with him.

“Gates appeal to me because of the negative space they allow,” he remarked. “They can be closed, but at the same time they allow the seasons and breezes to enter and flow. They can shut you out or shut you in. And in some ways, there is no difference.”

MGM claims that Dylan’s work will be the first of many that visitors will encounter at its latest property – which is located on the outskirts of Washington DC. The operator says that it has been working on assembling a unique “Heritage Collection” for the site – with works from a dozen artists spanning a wide range of artistic mediums.

The National Harbor won’t be the first high-profile opening this year to feature its own art-collection. Last month saw the ribbon cut on MGM competitor Wynn Resorts’ Wynn Palace property on Macau’s Cotai Strip – which boasts its own hoard of art and antiquities worth in excess of $200m (E178m).