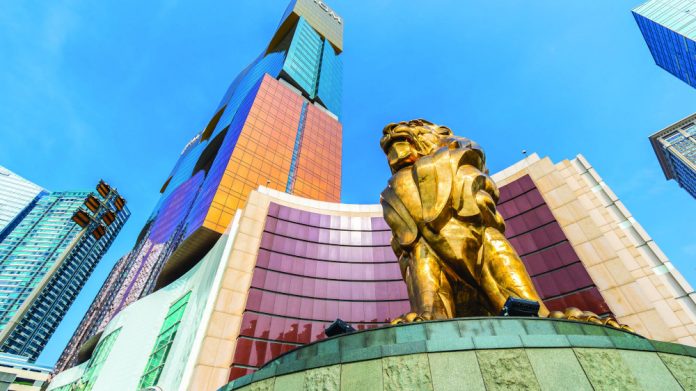 The company opened new luxury suites at MGM Cotai in August and said it is in the process of enhancing the “F&B options focused on the gaming floors” at both its Macau properties.

MGM executives reasserted their long-term confidence in the Macau market, as the company’s local subsidiary began to the see the first green shoots of a recovery in the first six months of 2021.

“MGM China is confident in Macau’s longer-term growth prospects and committed to elevating our footprint in Macau,” said Hubert Wang, president and COO of MGM China.

Meanwhile, the company posted revenue of HKD2.4bn ($308.5m) during Q2, a five percent improvement sequentially. Adjusted property EBITDA for the three months was HKD116m ($14.9m), a growth of 37 percent on the previous quarter.

“On Macau, in the second quarter, we delivered sequential improvements over the first, amid a choppy GGR environment that remains well below pre-pandemic levels,” stated MGM Resorts International’s CEO and president Bill Hornbuckle, speaking during the company’s quarterly earnings call. “Despite this, MGM China, given our strength in premium mass, continued to outperform our former position in the marketplace.”

“With the government’s expeditions efforts to contain the outbreak and border restrictions easing over time, we expect gradual growth demand for travel to Macau throughout the end of the second half of the year,” he explained.

For the three months, MGM Cotai reported revenue of approximately HKD1.1bn ($141.4m) and narrowed its loss to negative adjusted EBITDA of approximately HKD$55m ($7.1m). Occupancy was up to 56.6 percent compared to 47 percent in the previous quarter.

“At both properties, we’re enhancing our F&B options focused on the gaming floors, and over time, we have the ability to build out another hotel tower at MGM Cotai, along with meaningful entertainment assets to diversify our offerings,” Hornbuckle continued. “I am confident in Macau’s longer-term growth prospects and firmly believe our investment in premium product positions us well for a broader recovery.”

MGM Cotai opened its new Emerald Tower Suites in August. “We …are pleased with the final product, which we believe will be well received by our premium mass clients,” said Hornbuckle.

The company said it has also completed a refreshment of the casino gaming area at MGM Cotai, and was “now looking to remodel” the villas at the property. “We believe our investments in premium product position us well for the broader recovery. At the same time, we will continue our effort and strategy in diversification and helping Macau to develop as a world tourism destination,” Wang added.