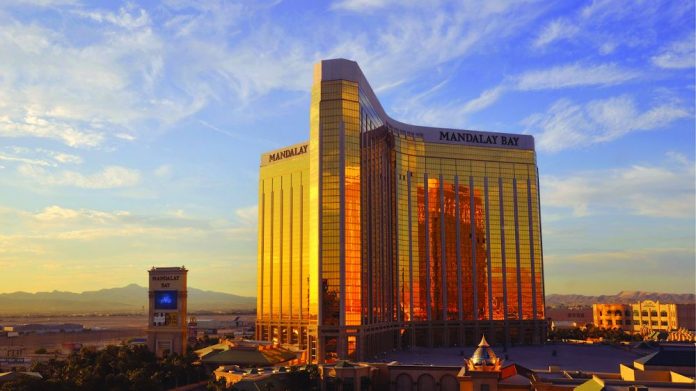 MGM Resorts International is selling its Las Vegas Strip properties, the MGM Grand and Mandalay Bay, to a joint venture between the Blackstone Group’s non-listed real-estate investment trust and MGM Growth Properties. The deal follows on the heels of MGM Resorts’ sale of the Bellagio and Circus Circus late last year.

GM Resorts International is selling its Las Vegas Strip properties, the MGM Grand and Mandalay Bay, to a joint venture for around $2.4bn. The deal is reportedly targeted to close by the end of March.

Blackstone Group will own 49.9 percent of the two properties through its non-listed real-estate investment trust (BREIT), while publicly traded MGM Growth Properties (MGP) will own the remaining 50.1 percent.

“Similar to the Bellagio, owning these two premier Las Vegas assets under a long-term lease with MGM provides stable cash flow and excellent downside protection for our BREIT investors,” Tyler Henritze, head of US acquisitions for Blackstone Real Estate.

“We look forward to growing our partnership with MGM Resorts and MGM Growth Properties, a best-in-class company.” MGM Resorts will continue to operate and oversee the day-to-day operations of the two properties via a long-term lease agreement which will see the company will pay $292m annually in rent.

Mandalay Bay, which had previously been sold to MGP, will be moved into the new joint venture with Blackstone. The total value of the two transactions is $4.6bn. “We are pleased to announce this partnership with BREIT, which illustrates the numerous opportunities available to grow our business and emphasizes the strong institutional demand for gaming real estate assets,” stated MGP’s CEO James Stewart.

MGM Resorts announced in October that it was selling the real estate of Bellagio to a joint venture with Blackstone for about $4.25bn, while in December the company closed on the sale of Circus Circus Las Vegas and 37 adjacent acres to entrepreneur Phil Ruffin for $825m.

“Their balance sheet is going to be phenomenal. Their next push is to get into Japan, and they’re going to do that without a lot of debt,” Threats explained.