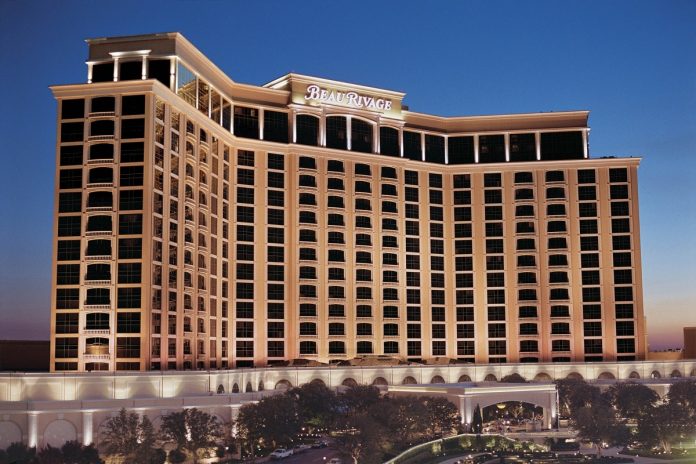 The international casino operator confirmed a public offering price of $21 (E18.3) per share – amounting to gross proceeds of $1.05bn (E920m).

The Class A shares are already trading on the New York Stock Exchange under the ticker symbol ‘MGP’. In addition, MGMGP has granted an option to its underwriters, exercisable for the next 30 days, to purchase up to 7.5 million additional shares. The closing of the offering occurred on April 25.

A press release from MGM claimed that the proceeds of the offering will be used to form a new partnership between itself and MGMGP, which would take ownership of the Mandalay Bay, Mirage, New York-New York, Luxor, Monte Carlo, Excalibur, Park, MGM Grand Detroit, Beau Rivage (pictured) and Gold Strike Tunica resorts. For its part, MGM will hold a 76 per cent stake in MGMGP, and it will also hold the single Class B share of the trust, representing a majority of the total voting power of MGP’s shares.

In addition, MGM has confirmed that the new partnership entity will take on $4bn (E3.5bn) of bridge facility indebtedness – which it plans to pay off with proceeds from the IPO – albeit with the help of “certain debt financing” agreements.

The move towards a Real Estate Investment Trust (REIT) has been long anticipated of MGM, and continues a trend of major gaming operators turning to REITs as a means of creating new value in their respective businesses. Penn National Gaming serves as one prominent example: in November 2013 it formed Gaming and Leisure Properties – now in its own right a major owner of regional casino properties in the United States.

In the case of MGM, industry observers have noted that MGMGP’s ownership of such a broad section of its real-estate portfolio makes the operator increasingly leveraged to its gaming revenue – heightening the volatility of its performance. Also worthy of note is the fact that under the terms of the REIT, MGM will be required to pay MGMGP rent – which will inevitably lead to an increase in fixed operating costs.

Still, with at least a 73 per cent hold on MGMGP, MGM will retain complete control of its REIT, and thus investors are likely to expect that both entities to act in close alignment in the years ahead.