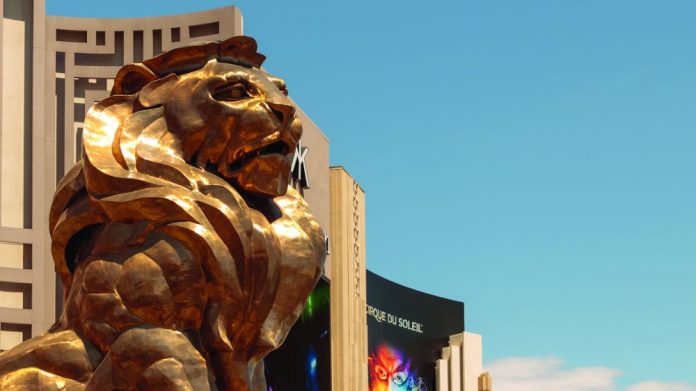 Stepping down from his role of MGM CEO months earlier than expected, Jim Murren will lead Nevada’s battle against COVID-19 as COO Bill Hornbuckle accepts a promotion to acting CEO and president to give the operator continuity of leadership throughout the industry’s ongoing unprecedented crisis.

Murren announced in February that he would be stepping down before the end of his contract, which had been expected to carry on through to the end of 2021. He planned to stay in the role until a permanent successor was named, but in light of the current coronavirus health crisis, Murren has stepped aside so that MGM can have continuity of leadership for the duration of the crisis. All of MGM’s U.S. properties are currently closed and will not be taking reservations for arrivals prior to May 1, with no definite reopening date yet announced. MGM board member and chair of the real estate committee Paul Salem will replace Murren as the chair of the board of directors.

“The nation is facing an unprecedented crisis, causing the travel and hospitality industry to grind to a near halt,” said Salem in a statement. “It is clear that once the threat to the public health has subsided and we are ready to reopen our resorts and casinos, it will take an incredible effort to ramp back up. We believe continued steady, skilled leadership is needed in this time of great upheaval and uncertainty. Bill is one of the most experienced operators in the business and we have confidence in his ability to bring this company back online. Jim Murren is an outstanding leader who transformed MGM Resorts during his 22 years. Since Jim announced his stepping down from MGM Resorts, we felt that now more than ever, continuity of leadership was of vital importance.”

Murren said he was in favor of the new arrangement. “I fully support accelerating the planned leadership transition to help MGM Resorts address the rapidly changing environment,” he noted in a statement. “I have great confidence in Bill Hornbuckle and the management team to lead MGM Resorts at this critical juncture, as we have together through numerous hardships of the past. I will continue to dedicate my efforts to help during this uncertain time, and I will be assisting the State of Nevada in its crisis response and recovery efforts.” MGM has also pledged $1 million to establish an employee emergency relief fund to support those whose jobs have been affected by the COVID-19 epidemic. The company has also donated 400,000 meals across the U.S. to alleviate food insecurity.

“As we confront extraordinary events and an unprecedented global pandemic crisis, we know that this is an extremely challenging and uncertain time for many of our employees, their families, friends and neighbors, and we are committed to help those in need,” said Hornbuckle. “We have done a number of things to help our colleagues, including significantly expanding eligibility coverage for the MGM Employee Emergency Grant Fund.”

Meanwhile Murren is lending his experience to Nevada’s Governor, Steve Sisolak, who believes the challenge of fighting the virus “requires some out of the box approaches”, hence the taskforce. In an unpaid, voluntary position, Murren will be at the helm, with Sisolak believing his experience across several industries, as well as his address book of global contacts, will best place the taskforce to help Nevada through the global pandemic. One of these contacts is Vice President Mike Pence, who is leading the government’s own task force against the virus. Murren already met with Pence earlier in the month on behalf of MGM and the wider industry, where the VP “appreciated the Disney and MGM decision to temporarily close our resorts to prioritize public health and the safety of our employees and communities. I indicated that we have strong bookings, and new bookings for June onward so that Las Vegas will rapidly recover when the health crisis is behind us”.

The combined efforts of Murren and MGM will aim to slow the spread of COVID-19 to help expand the capacity of Nevada’s healthcare system, according to Sisolak.

“It’s going to take all of us working together to battle COVID-19 in our State and around the country, and I’m thankful we have an ally in Jim Murren who will help enhance and expand our response, relief and recovery efforts,” he concluded.