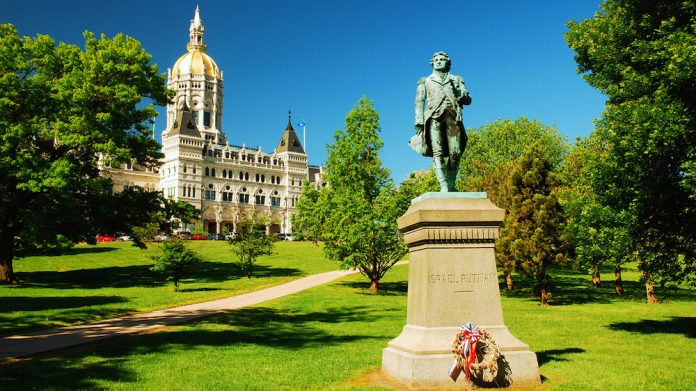 Two houses, both alike in dignity, in fair Connecticut, where we lay our scene. From held fast grudges, to new market mutiny, where sports betting makes civil compacts unclean. The chips are being laid all over the place in Connecticut at the moment.

MGM has lost the fight for a competitive bidding process over a commercial casino in Connecticut and promptly purchased a near-border property in New York, all the while the state’s tribal gaming compact risks being unsettled by sports betting.

Despite a narrow eleventh-hour passage through the house, the first legislative steps to allow a commercial casino property in Connecticut came up short despite close to $4m being spent by MGM in support of the measure.

But falling at the finish line means little; the Las Vegas-based casino operators are hardly ready to throw in the towel in the fight for Bridgeport.

“A year ago, the bill never received a floor vote,” MGM Resorts and developer RCI Group said in a joint statement. “This year it passed the House. That is significant. We realise that change is hard and takes time, and we respect the delegations’ preference not to dominate debate with this issue with much to accomplish in a short time in the session’s final hours.”

Bridgeport representative Christopher Rosario was similarly optimistic about the progress made in his locality.

Wasting little time to lick wounds MGM has since agreed to take over operations of a gaming property inYonkers, NewYork, meaning that upon the opening of its Springfield, Massachusetts property the casino giant will have venues in close proximity to both the northern and southern reaches of the Connecticut market.

The Empire Casino and raceway resides but 77km from Bridgeport itself and the deal has raised eyebrows despite MGM reiterating its commitment to its proposed $675m Connecticut project.

“While we remain hopeful that Connecticut will build on this year’s legislative progress and ultimately authorise a competitive process for a commercial casino license, the state’s delay will not deter us from executing our company’s comprehensive growth strategy,” read a MGM statement.

“For years, MGM Resorts has been unwavering in its interest in Connecticut, and
in Bridgeport in particular, but thus far Connecticut has rejected all attempts to have an open competitive process for a commercial casino license,” it said. “We continue to believe that with its proximity to the New York City (metropolitan area) and its excellent existing infrastructure, Bridgeport provides substantial opportunity to unlock real value for not only a casino developer, but for the people of Connecticut and the state itself.”

“Just as other jurisdictions in the northeastern region of the United States have modernised their gaming laws to take advantage of shifting market dynamics, we renew our call on Connecticut to do the same,” it said.

State senator Cathy Osten however was unimpressed at this apparent commitment to Connecticut: “I cannot say any stronger that we have partners that work with us already – reliable partners that have been with us for 25 years,” she said, referring to the tribes. “I continue to believe they [MGM] have no intention of putting anything in Bridgeport.”

So whilst MGM’s entrance to market may be cast into doubt the seismic shift on sports betting recently ushered in by the US Supreme Court has brought forward further questions regarding the state’s gaming compact with its two existing casino-operating tribes.

The Mohegan and Mashantucket Pequot tribes have gaming exclusivity in Connecticut and there is a legislative grey area as to whether electronic wagering terminals installed in commercial properties would in fact breach this agreement.

If so the tribes would be free to step back from their revenue share agreement which currently sees 25 percent heading to state coffers.

Governor Dannel P Malloy has stated his hesitancy to progress with a legislative special session around the legalisation of sports betting without prior consultation with the tribes.

“We have to make sure we don’t put our existing revenue stream at risk,” he said.

Other forces at work in the state however are understandably keen to open sports books and point to the fact that such electronic terminals were never explicitly mentioned in the tribal compact agreement and therefore operation would not be cause for a breach.