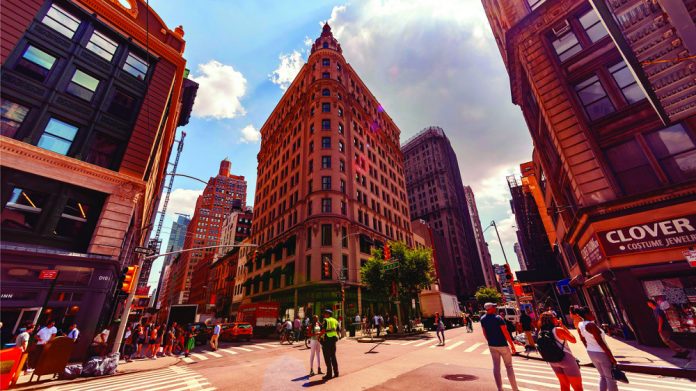 MGM Resorts has acquired a 50 percent stake in Sydell Group, which operates the boutique NoMad hotels and five other brands, a move analysts propose could help the company boost its brand equity with a younger demographic.

MGM Resorts International has purchased a 50 percent stake in the lodging company that operates the boutique NoMad hotels and five other brands, as part of its plans to diversify and attract a younger demographic.

Brian Ahern, a spokesman for the Las Vegas-based company said the acquisition of the stake in Sydell Group “is part of the next evolution of our growth opportunities”, and highlighted that the firm is the first US hotel operator MGM has invested in which is not connected to gaming.

MGM declined to disclose the price or other terms of the deal. Media reports suggest that private equity investor Ron Burkle sold a 50 percent stake in the company to MGM, though the head of Yucaipa Cos. will remain connected to Sydell through his ownership stakes in a number of the group’s hotel properties.

Andrew Zobler, who will continue as Sydell’s CEO, real estate investment firm Square Mile Capital and other partners own the rest of the hotel company.

MGM and Sydell have previously worked together; NoMad opened a 293-room boutique hotel on the top four floors of Park MGM in October last year. Commentators suggests the new partnership will create further crossover opportunities, including the potential for additional joint properties and a shared loyalty points programme.

Zobler said the deal with MGM will give his company greater leeway when negotiating for commissions with online travel agents and will offer access to a broader distribution network.

“There are two types of survivors [in business],” he explained. “Companies that get large and companies that occupy a niche. With this partnership, we’re trying to do both.”

The New York-based hotel operating company has 16 hotels open or under construction in New York, Los Angeles, London and other cities. Sydell also operates the LINE, Saguaro and the Ned brands, while it is selling Freehand, a youth hostel brand it launched with a Miami Beach property in 2012.

“We know that globally, inside or outside of gaming, the focus of hospitality companies is on delivering experiences that are more finely segmented,” he said. “What’s important for MGM in many respects is brand equity.”

Katz added that the purchase was likely a minimal investment for MGM. “My impression is that it is not a big number that would alter our model,” he said, clarifying that it could be “helpful and supportive over time”.

“I don’t know that being in a pure-play hospitality business without gaming is a game changer for MGM,” Katz continued. “It helps proliferate the brand, it helps them enter new markets and gives them name brand acceptance, but I don’t know that it’s going to be a core driver of profit for them.”